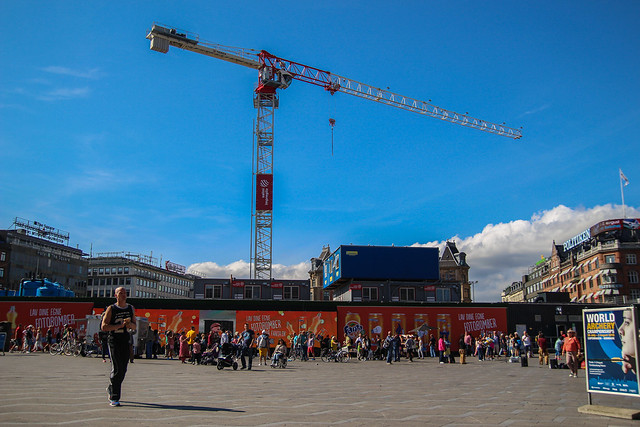 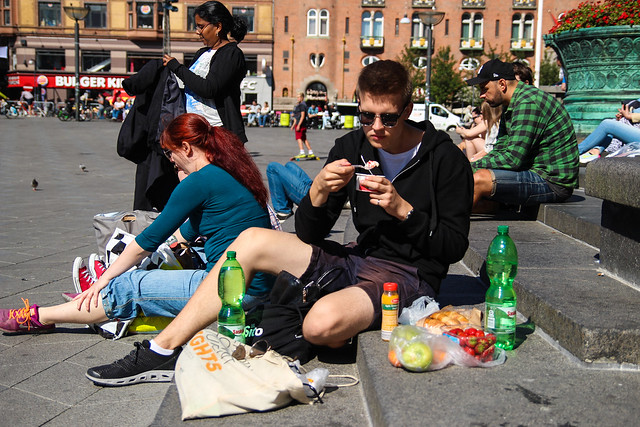 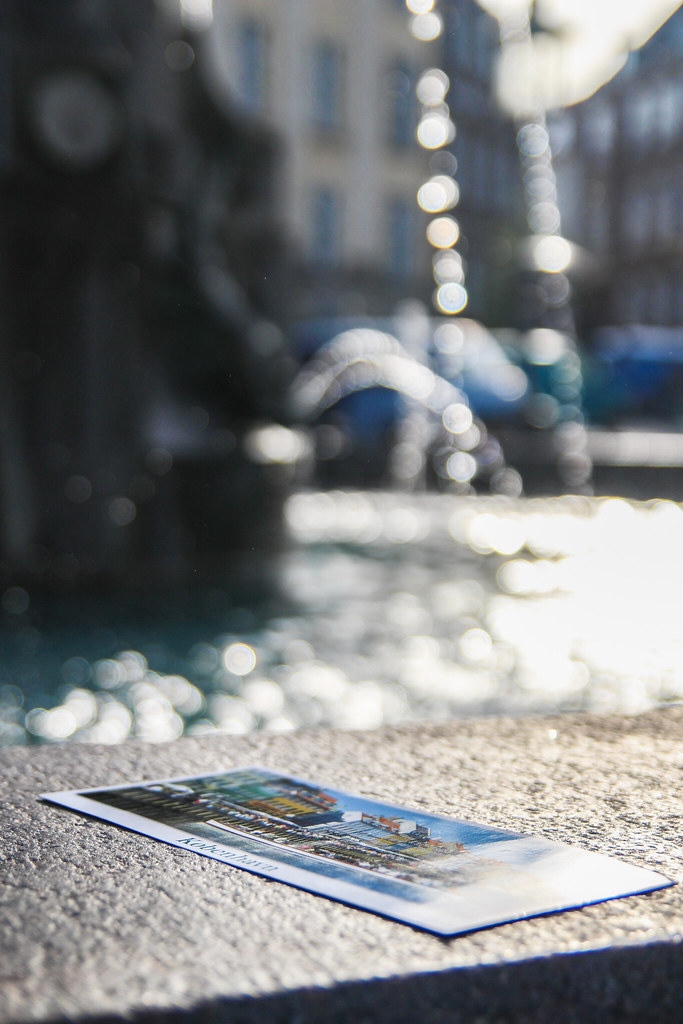 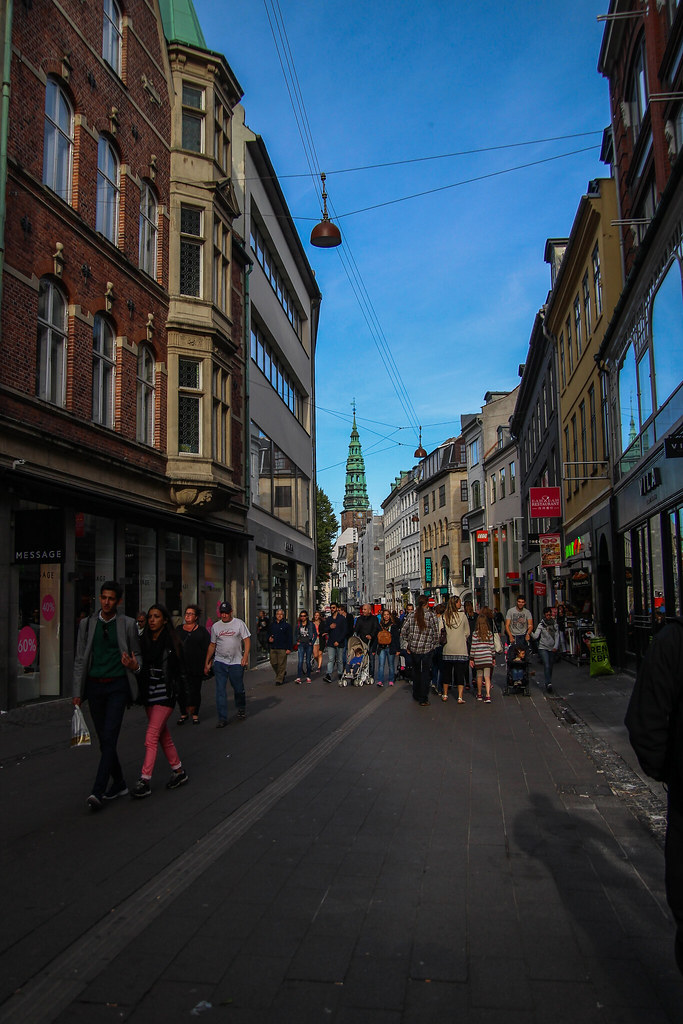 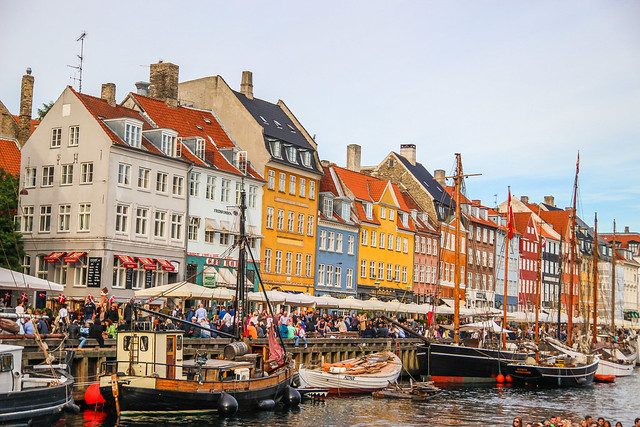 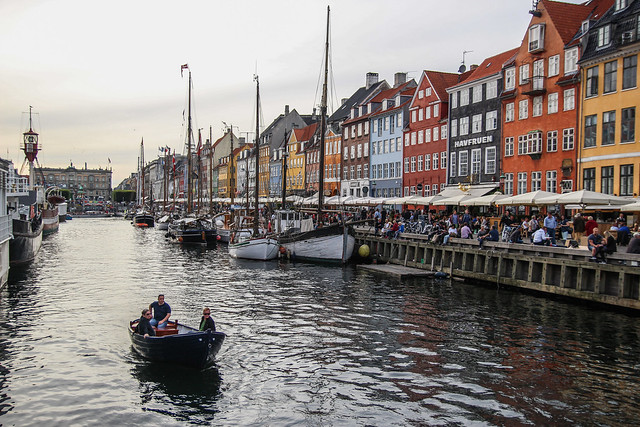 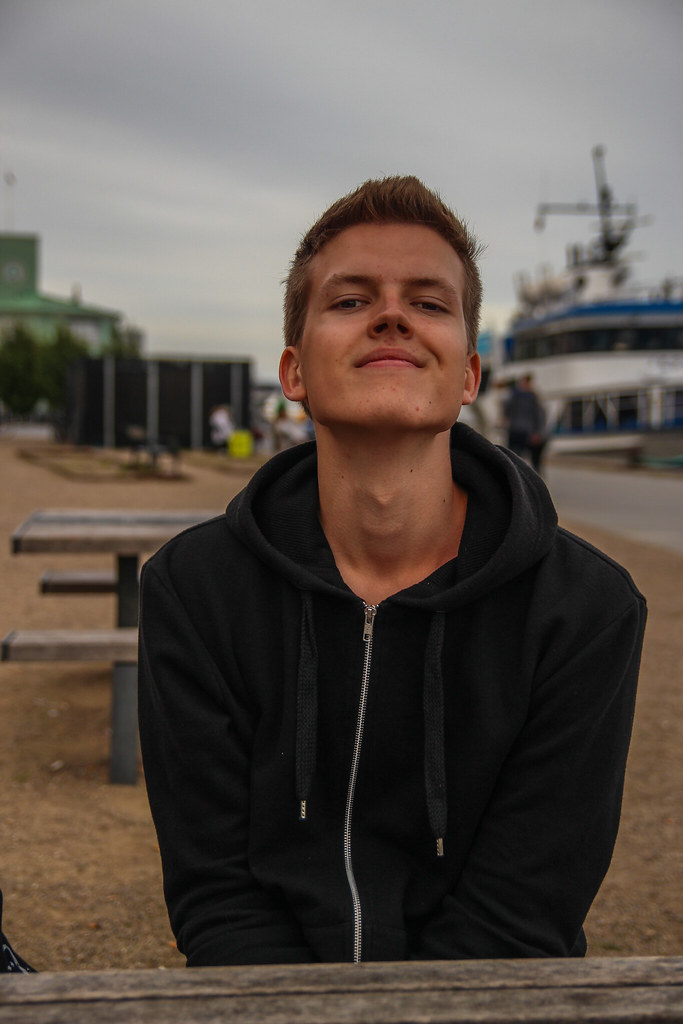 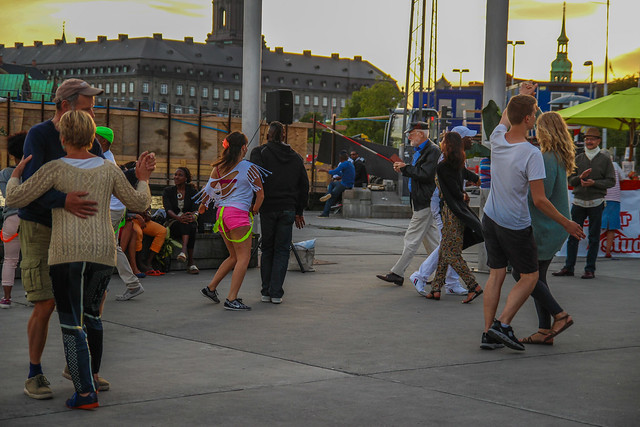 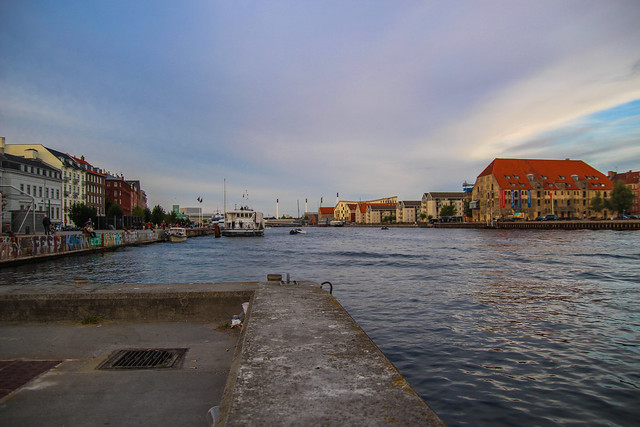 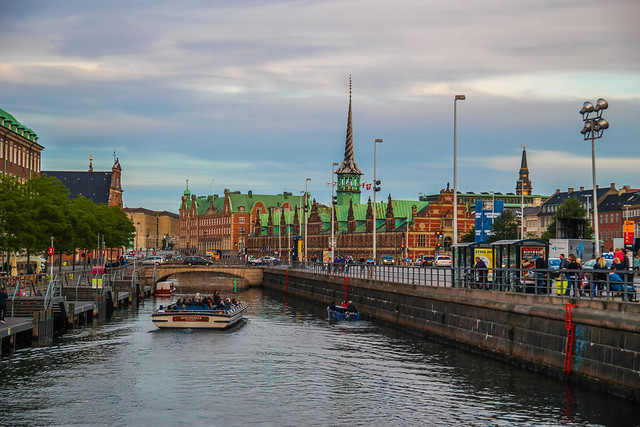 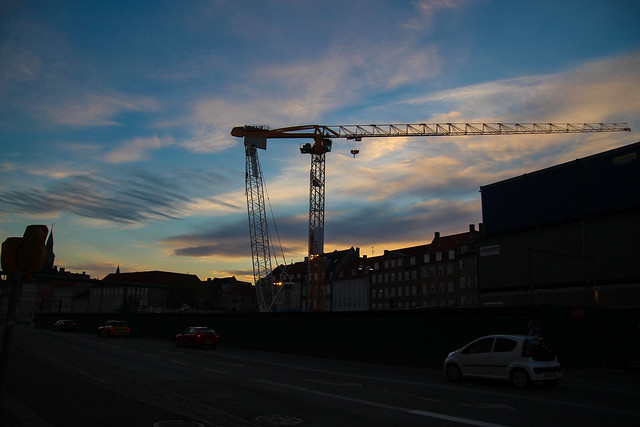 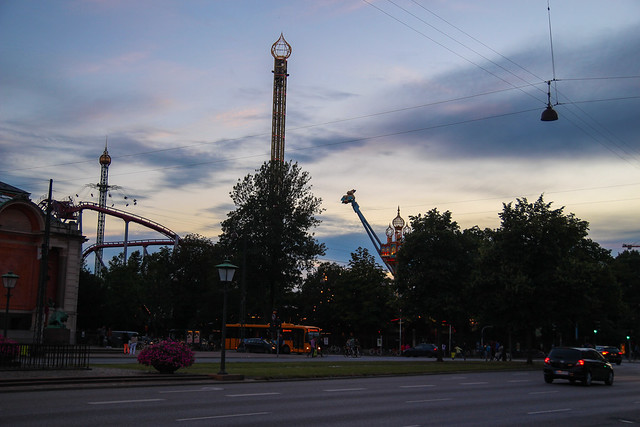 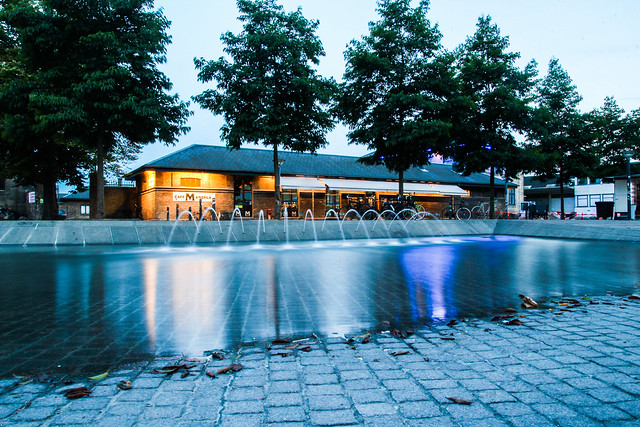 We’re meeting some friends of mine tomorrow so we spent the last of our money on clothes today. Emil got a pair of new jeans and a scarf, and I bought a button up shirt and a jacket. And then we walked along Stroget until we reached Nyhavn, where we bought take-away pizza. We couldn’t afford eating out, so we walked along the river and ate by the bank where someone had placed picknick tables, yay! We could hear music from a few hundred meters away, from a platform just on the riverside where a local danceschool were having a dance off, and inviting bypasseres to join in!

Now I’m not quite that fond of dancing, but Emil for sure is. It took him a while to build up the courage to ask someone to dance though, but when he finally did, he was superhappy he had done it. So I bought him some ice cream on the way home, and got a waffle for myself.