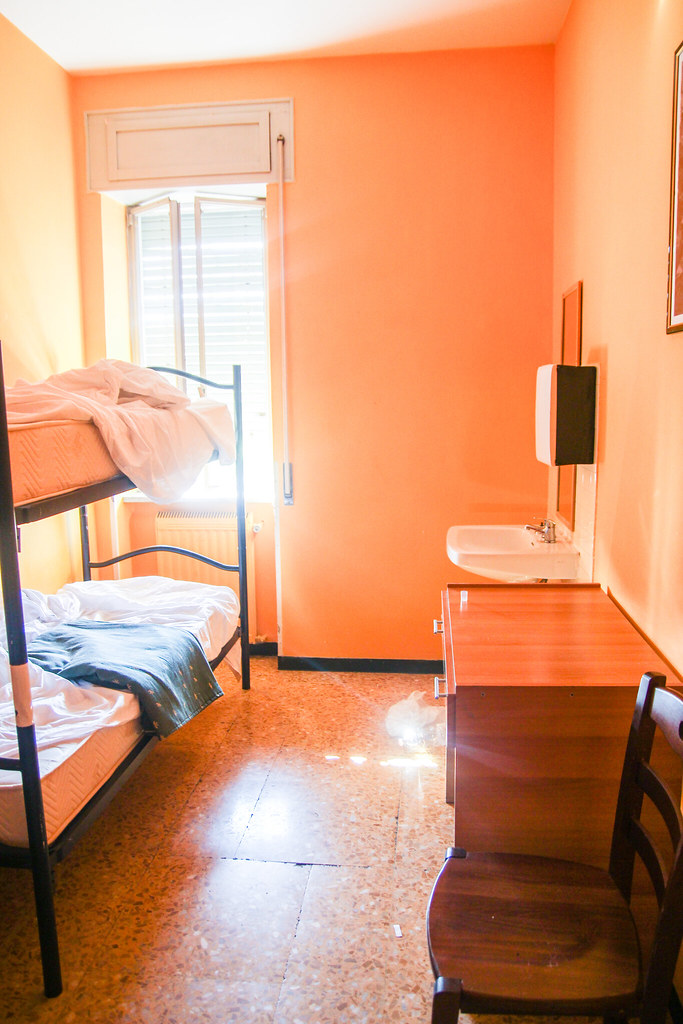 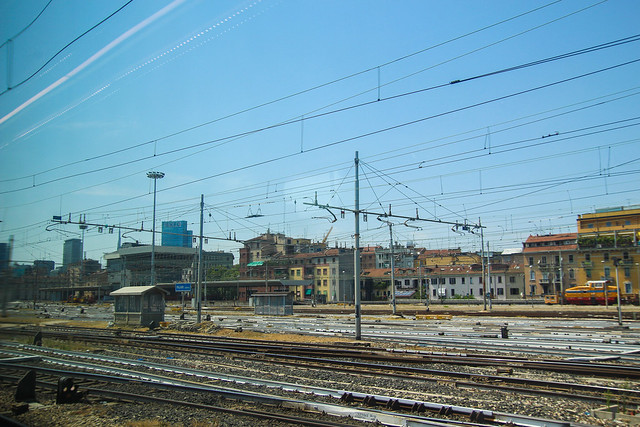 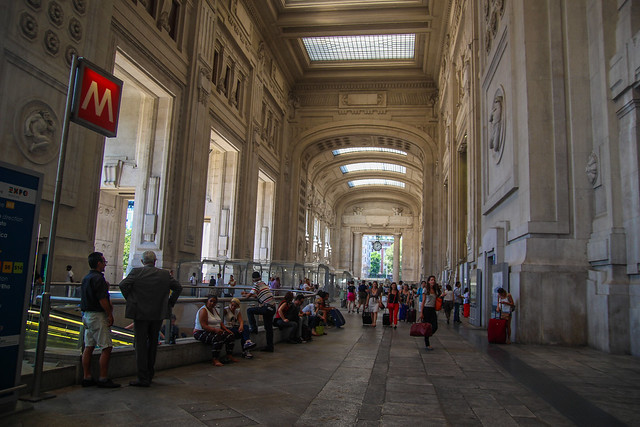 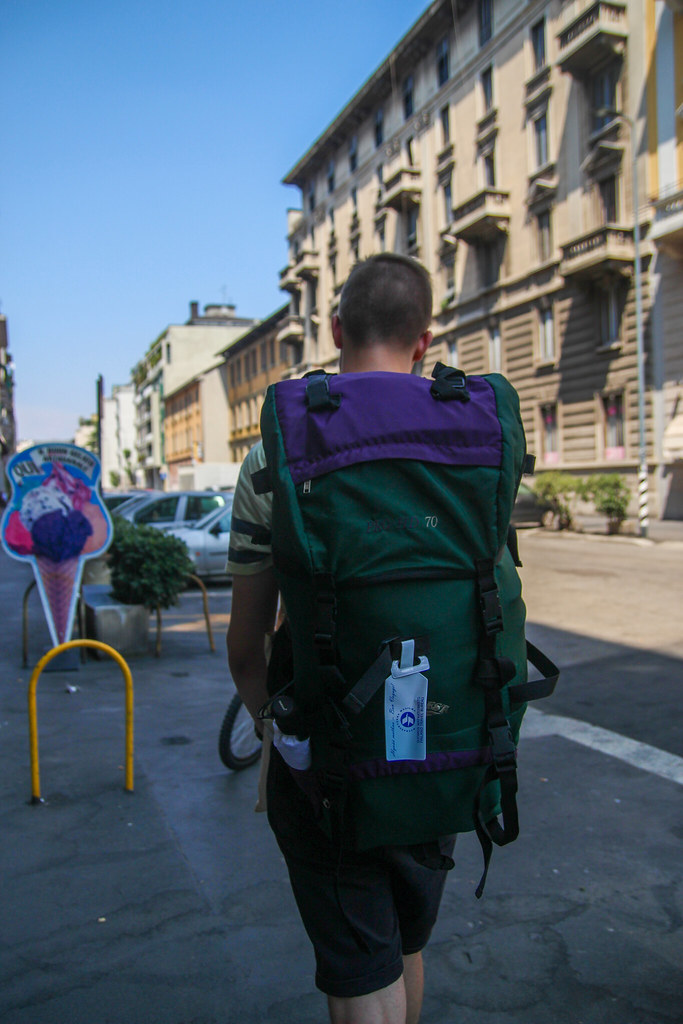 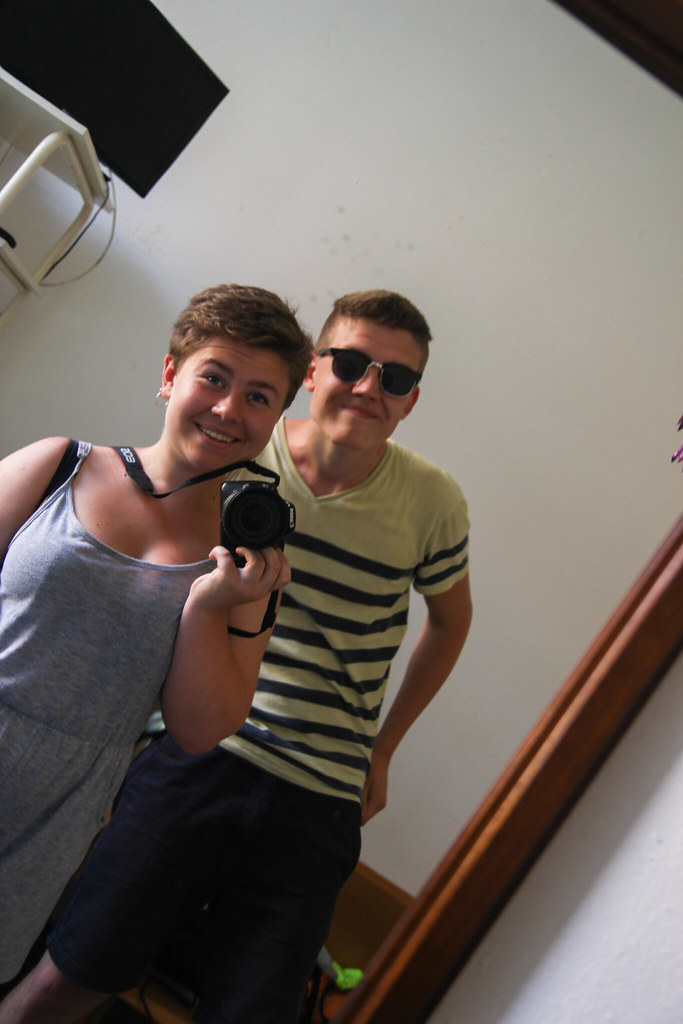 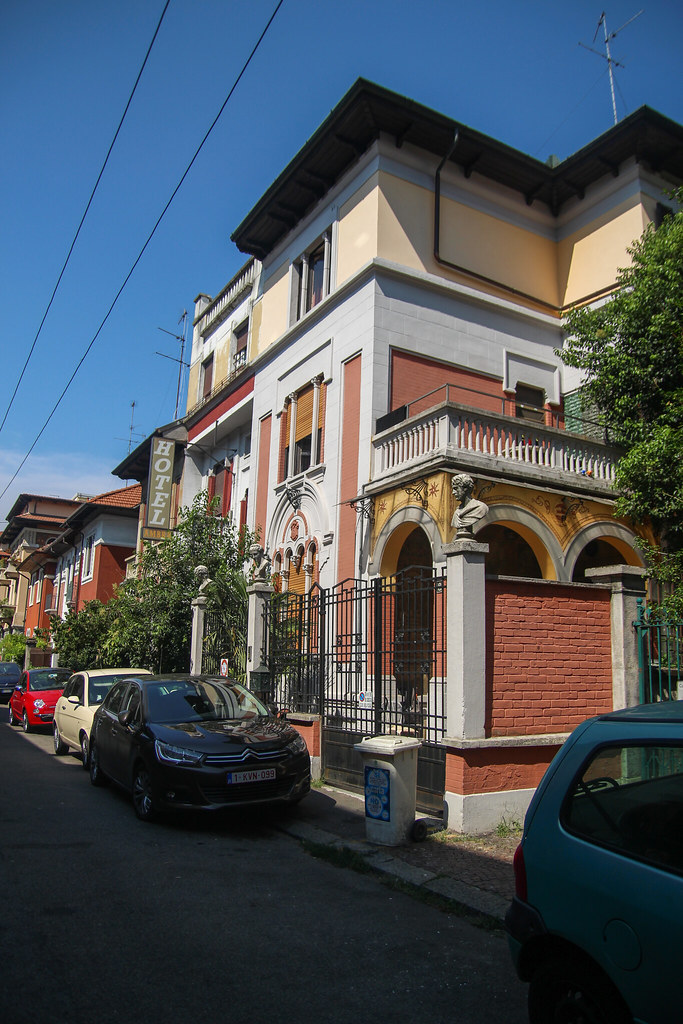 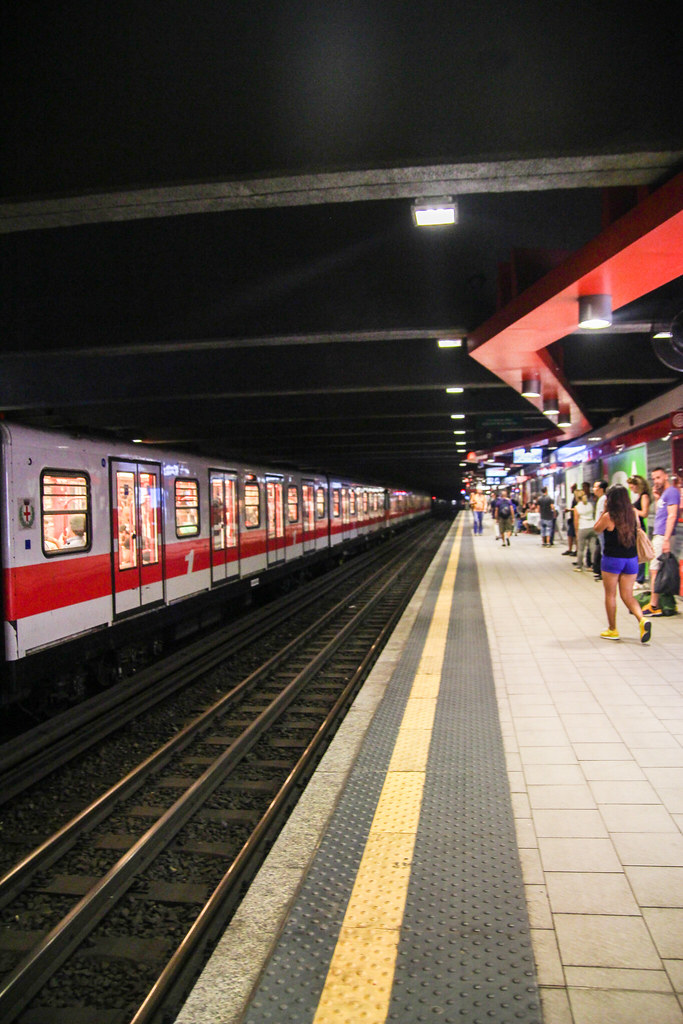 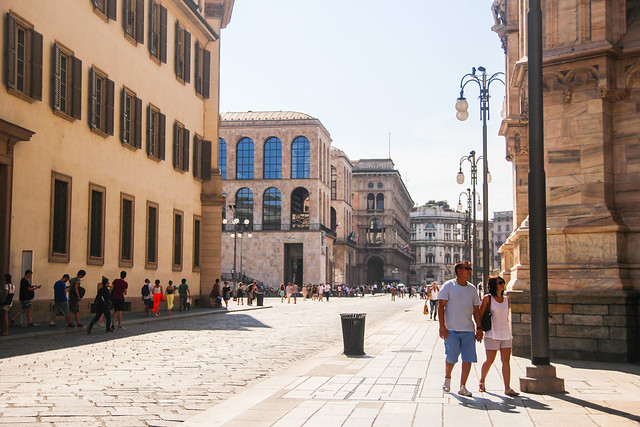 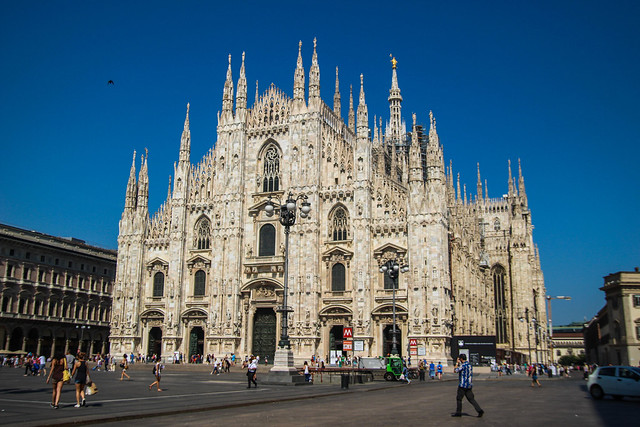 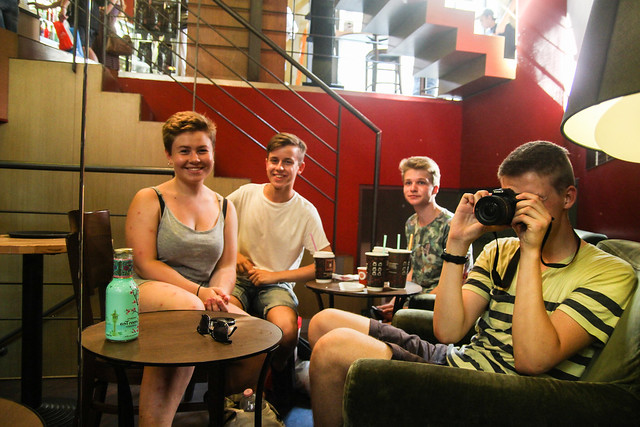 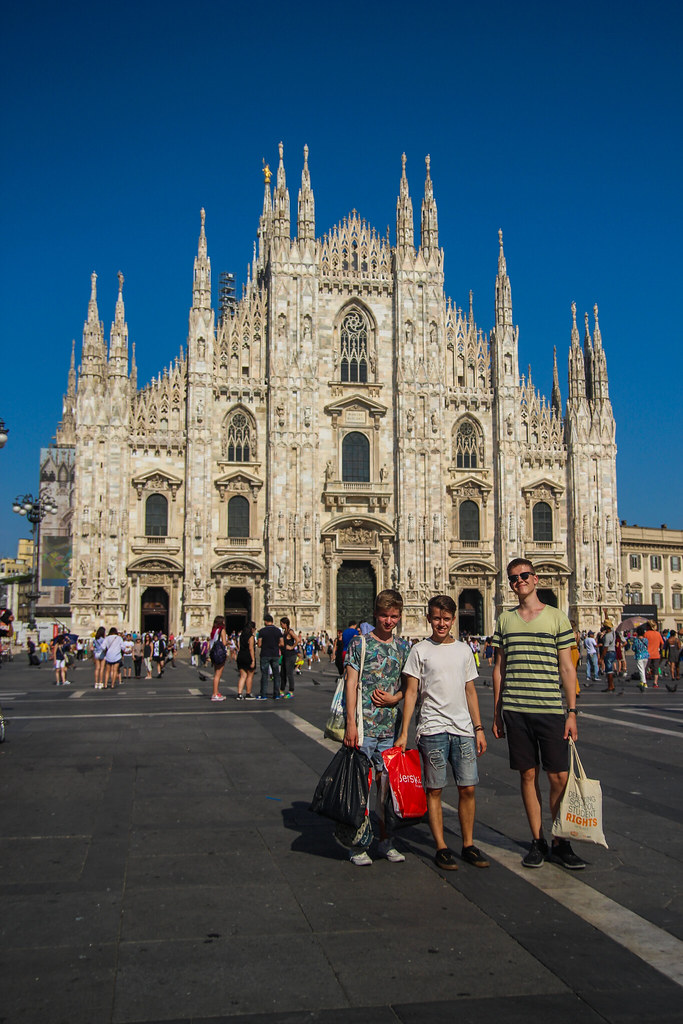 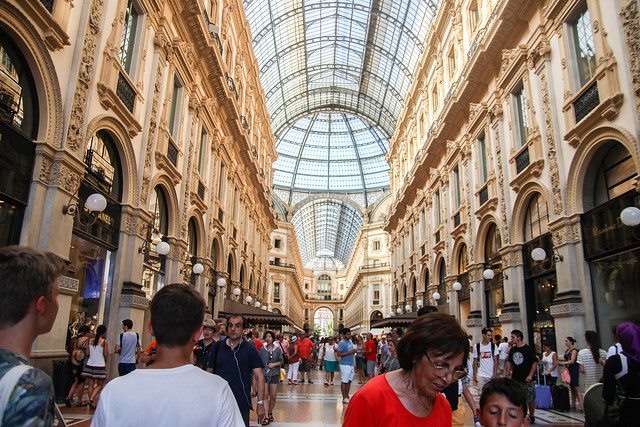 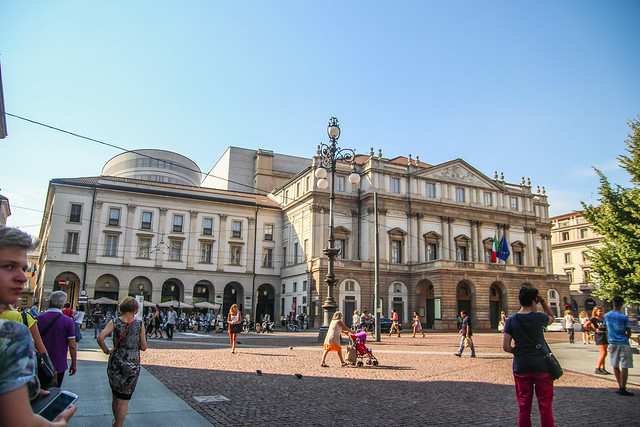 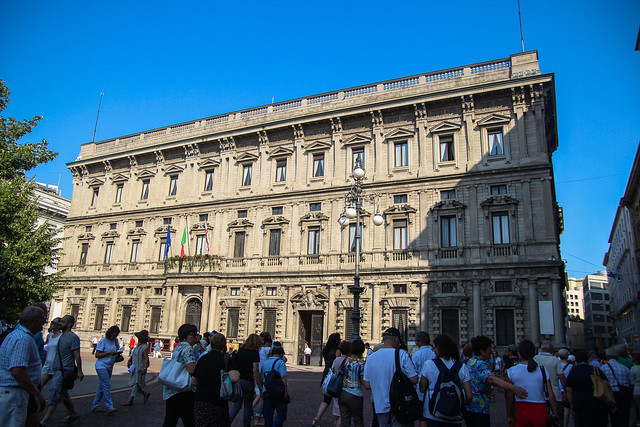 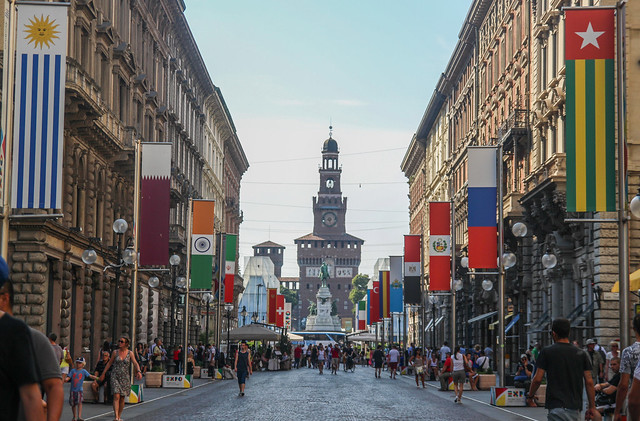 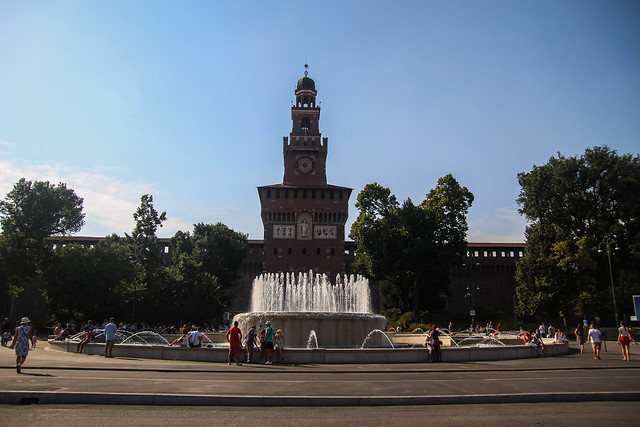 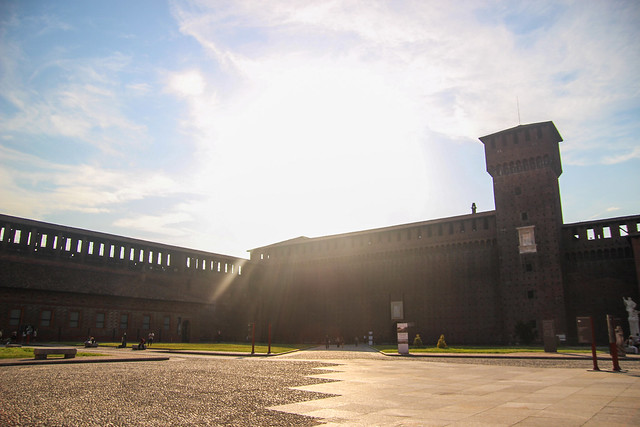 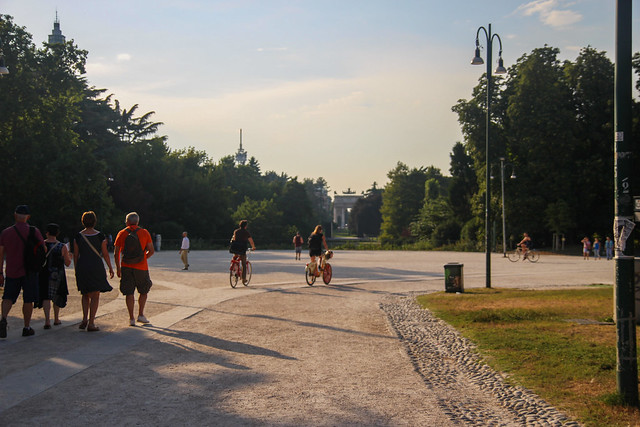 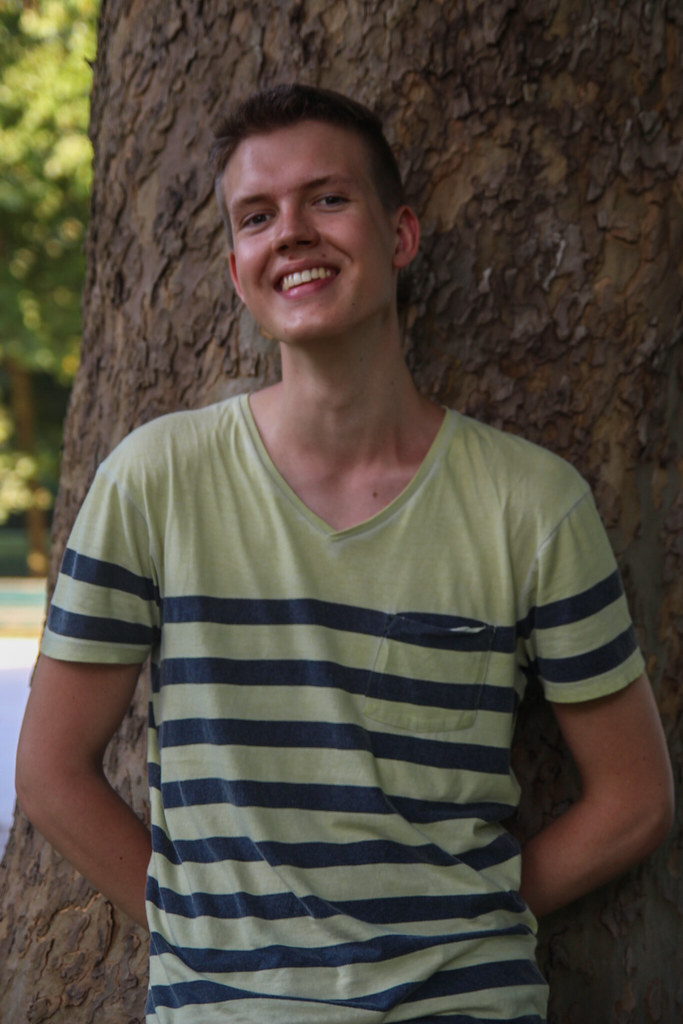 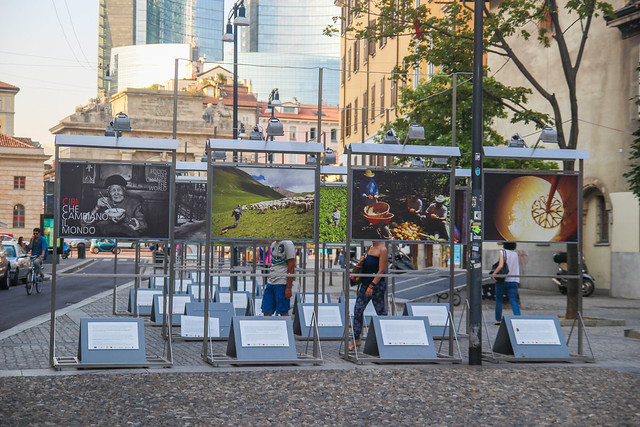 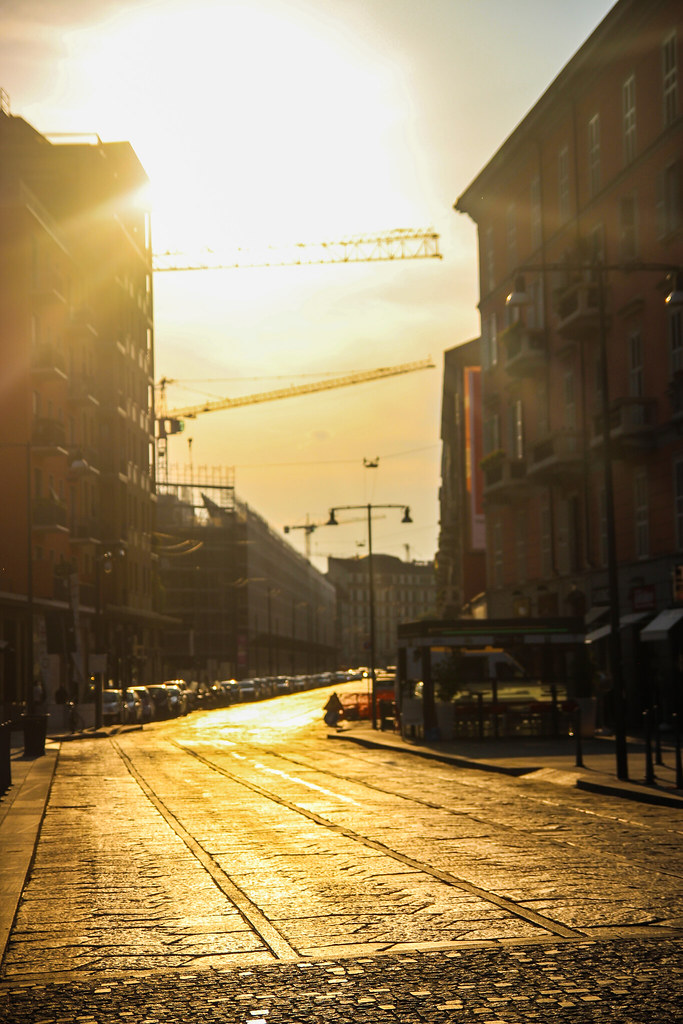 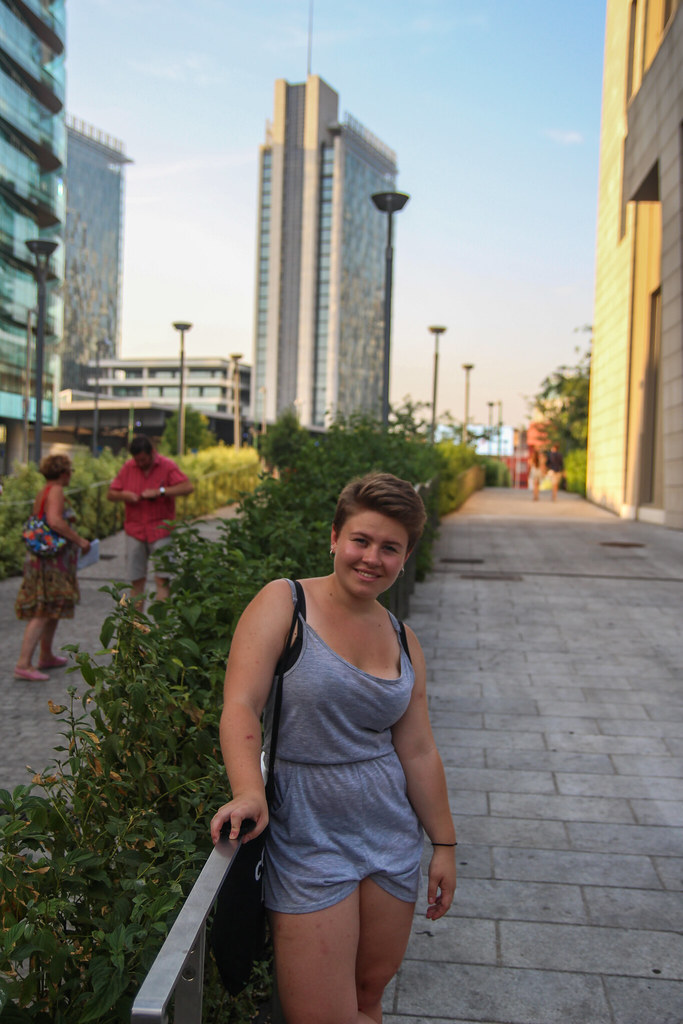 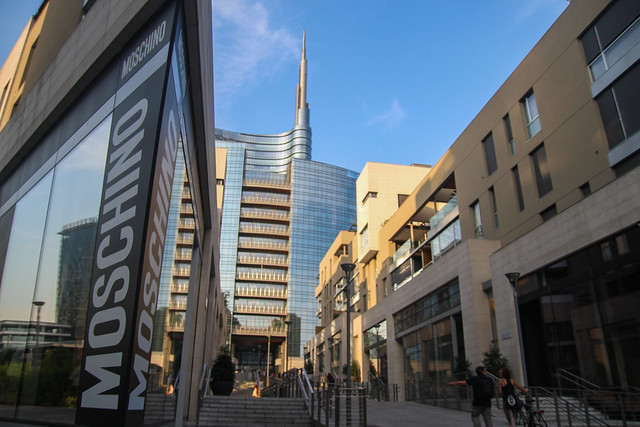 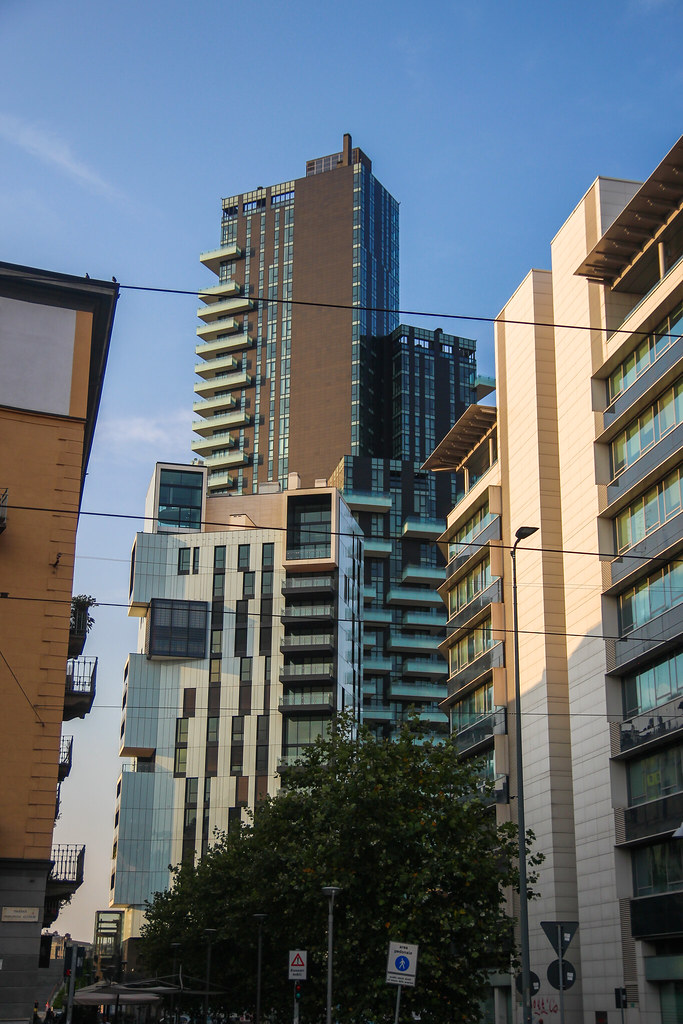 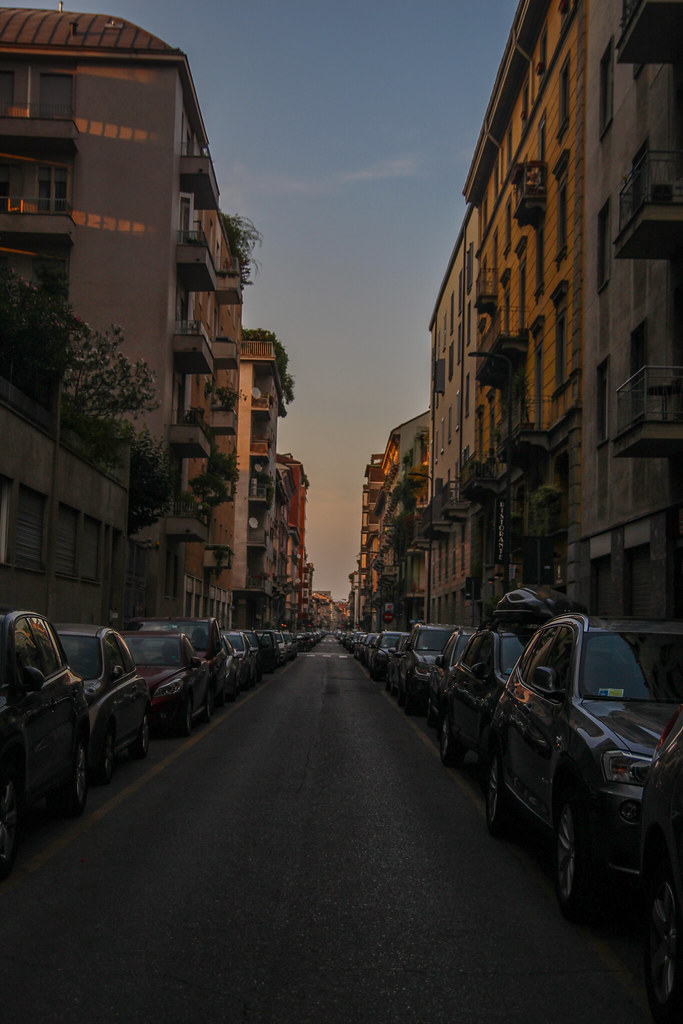 Guten Tag! Or something. We’re in the train from Lugano to Zurich, finally. We wanted to save some money and skip reserving seats, and we’ve travelled with regional trains all day. Milan-Chiasso, Chiasso-Lugano, Lugano-Zurich.
We arrived in Milan yesterday, where we had booked 1 star-hotel instead of a hostel (it wasn’t much more expensive, everything costs a lot because of the EXPO 2015) by mistake. But it was super nice, we had a fan, TV, Wifi, linen and towels included. The showers were kind of gross and rusty though, and one of the showers had a broken switch, so you could only shower in boiling hot water. Just what you need when it’s 40 degrees outside.
But the fan was amazing, we could easily have paid 10 € for it. Our budget/night is 15 €/person, and this one went off on 25 for a private.
Last year on the language course in Brighton, I met Vertti from Finland and Nicolo from Italy. These two became great friends and Nicolo and Alessia, who also was at the language course, spent New Year’s in Finland. And then 2 days ago Vertti went to Como to see Nicolo, and yesterday they were shopping in Milan. So we met up for a coffee (that actually was a juice because of the heat) and then Nicolo gave us the fastest sightseeing tour ever while running to their train. Emil and I stayed in the castle’s park and wrote cards, called parents and kept our water bottles cold in the fountain. And took some pictures of course. The route continued to the Garibaldi area and the Barcode quarters (skyscrapeeeeeers <3), and then it had gotten way too late and we had once again made the mistake of not finding a place to eat on time. Luckily, we found a place that said Pizzeria and grill. The prices weren’t all too bad and it smelled nice, so we went inside.
What we hadn’t seen from the outside, was that this was a really fancy place with big groups of people in fancy clothes, and everyone seemed to know each other and the staff. The old head chef went around and hugged a third of the people in the restaurant, and the waiters made jokes while serving. It took a while to make my pizza and the head waiter apologized a thousand times, served us bread and gave me small appetizers while waiting, brought Emil a plate so that we could share the pizza and were really nice and sweet and helpful. The cover charge was 2 € and altogether we paid less than 20 for food and wine, while the atmosphere felt like a 100 € check was on its way. Oh and the food was amazing.
Then I had a hard time buying tampons in a grocery store, because the hygiene stuff and the condoms were all on the same shelf behind the counters, in packages with no pictures and only Italian text, and the salesman didn’t know what I wanted and gave me condom package after condom package with all kinds of flavours and thicknesses and sizes. And guess what? They didn’t even have tampons.
The great hotel we lived in had a free breakfast included, so we had CROISSANTS and TOAST with NUTELLA for breakfast. And Emil got some milk! Happy backpackers. And my friend Florian is going to accommodate us in Switzerland so we save A LOT, hostels are like 30 € per night there. Yay! I’m gonna have some raisins and enjoy the view. Aaaaah.