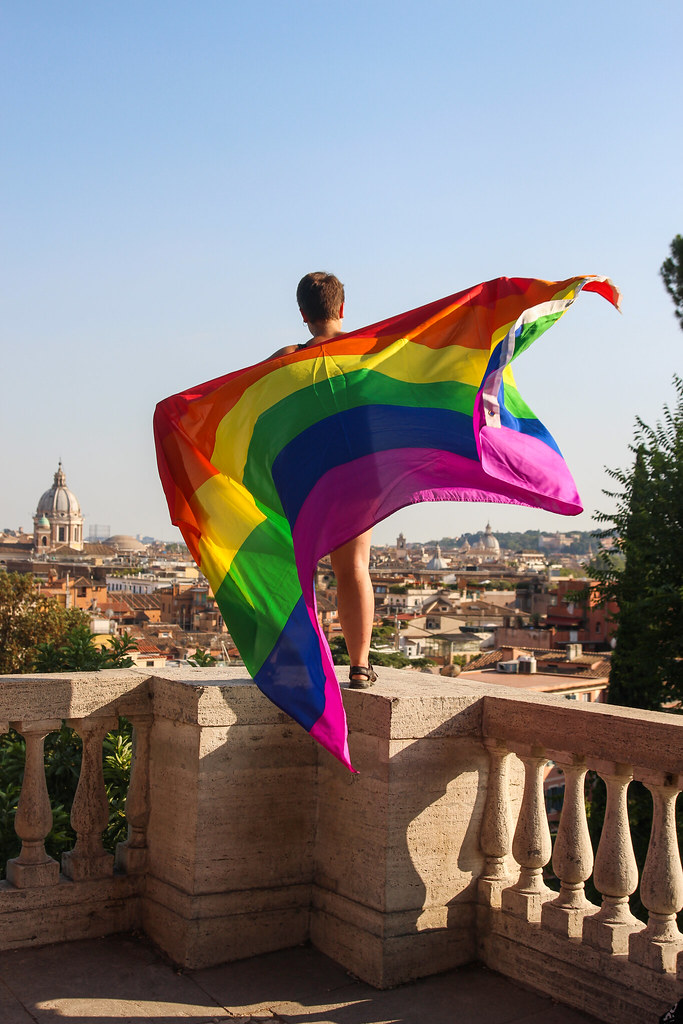 We were in the Vatican the other day, and we’ve been in Italy for almost a week now. There are a lot of old, beautiful churches in Europe, especially in the Southern parts. And now I’ve been to lots and lots of churches in my life, as a tourist, singing in a choir and just for various reasons. In the Anglican Church in Britain, Torquay, I actually felt welcome the way I was.  And everywhere else, I’ve felt wrong, misplaced and disliked.

I’m not really that religious, but I do hope there’s something bigger, something that has a meaning and someplace nice to go after this life, so I won’t call myself an atheist. I very much respect religion and religious people. But to me church is, if something, a place where you should feel welcome as yourself with all that that is, no matter who you are but exactly as you are.

Now I know that I’ve got a problem with cultures forcing people, their own and others, into doing things, but I try to respect people that choose to obey cultural laws and ideals. I would never ever do that, so I admit I have a hard time accepting others doing it. Especially when these traditions and cultural rules apply differently to people of different age, colour, gender, etc.

In the churches we’ve visited on this trip, I’ve turned in the door because there has been signs and guards telling me that I’m not appropriately dressed. If I had a penis, I would have been able to walk straight in. See where I’m going? FUCK gender roles and dress codes! It’s not fair, it’s not okay and your clothes do NOT defy you or disrespect anyone else. My knees are NOT sexual, and neither are my shoulders. According to that bible of yours, the God whose house I’m in, created the whole of me with all my skin, all my body parts and all of that fucking sin too. I’m sorry, if someone feels disrespected by my knees, but that is so not my problem, and I’ll never let it get to me. As long as I’m hygienic, I’ll dress the way I want. My relationship with God and who knows who is not defied by what I’m wearing or not wearing. Shallow people.