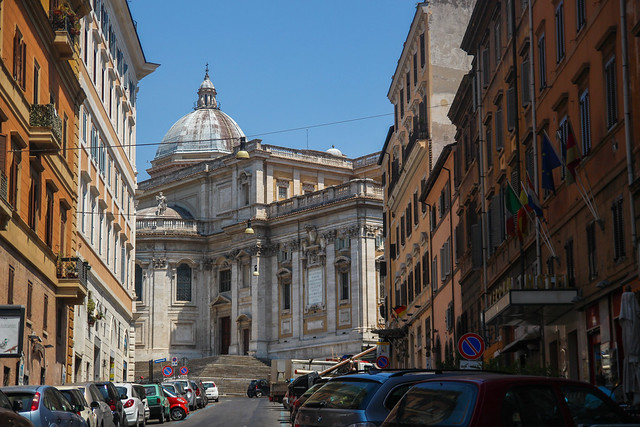 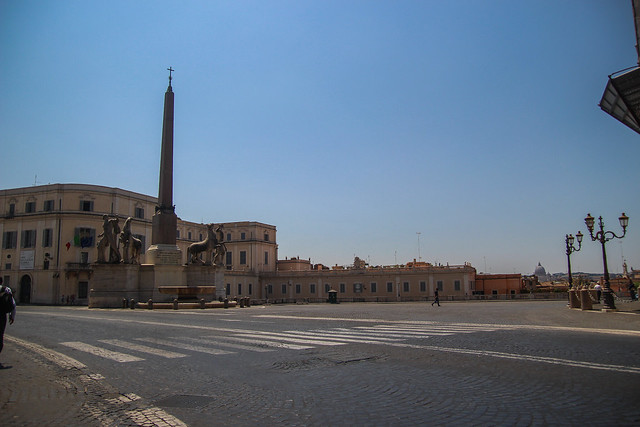 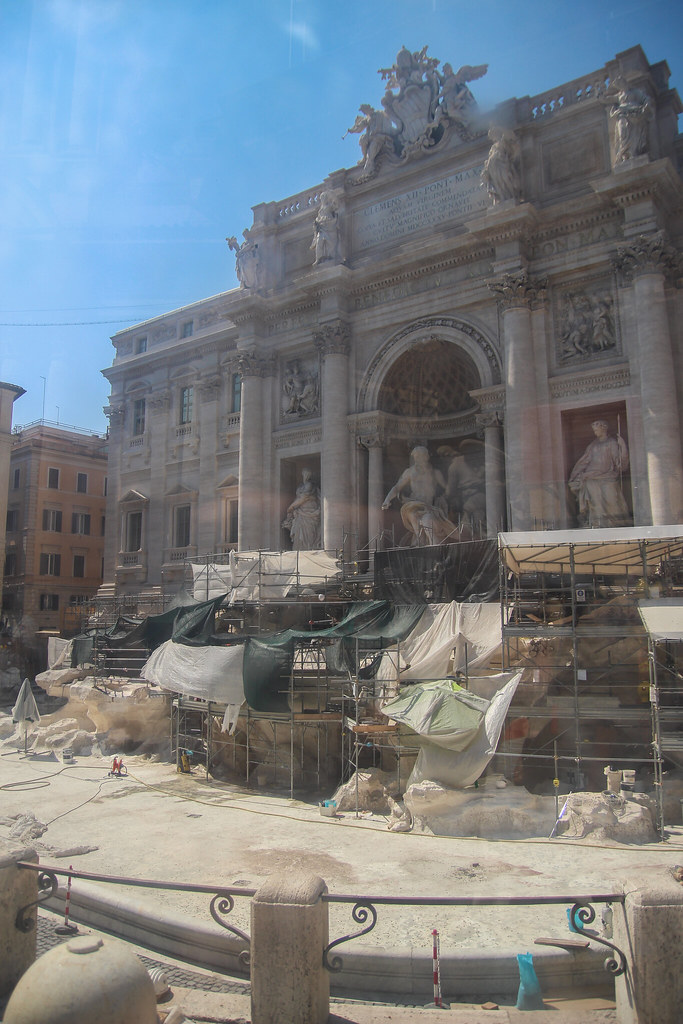 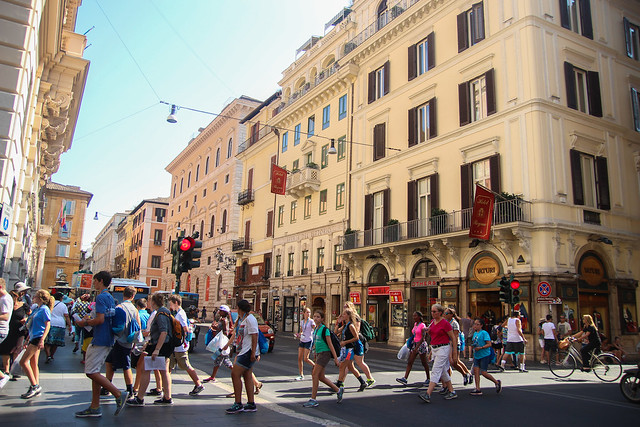 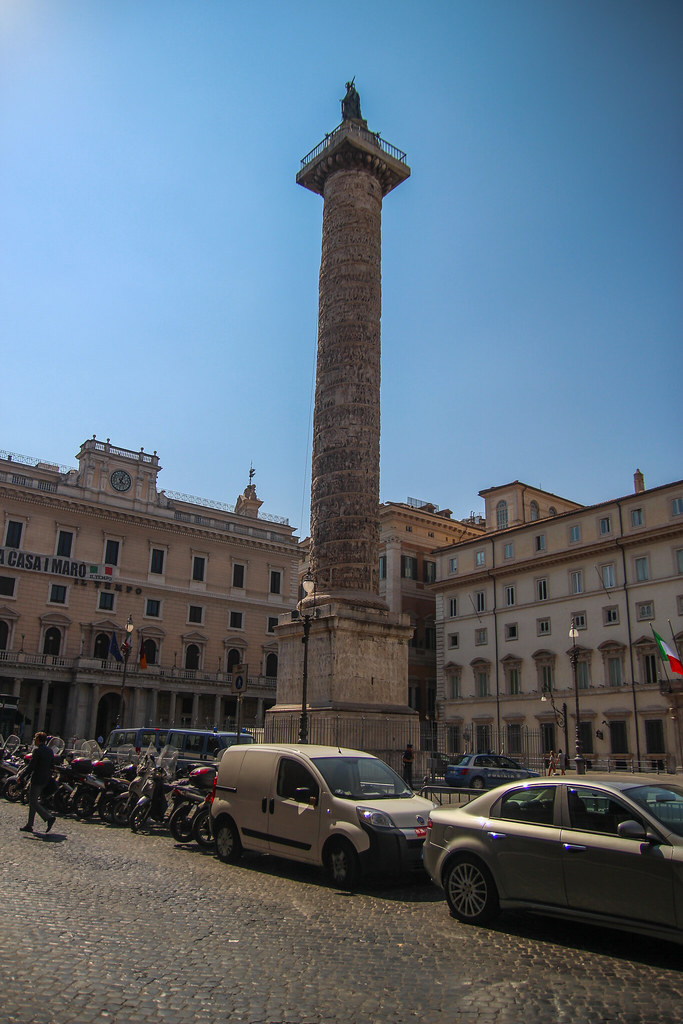 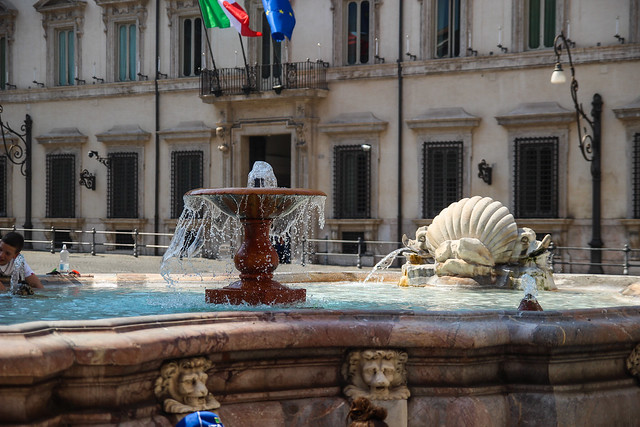 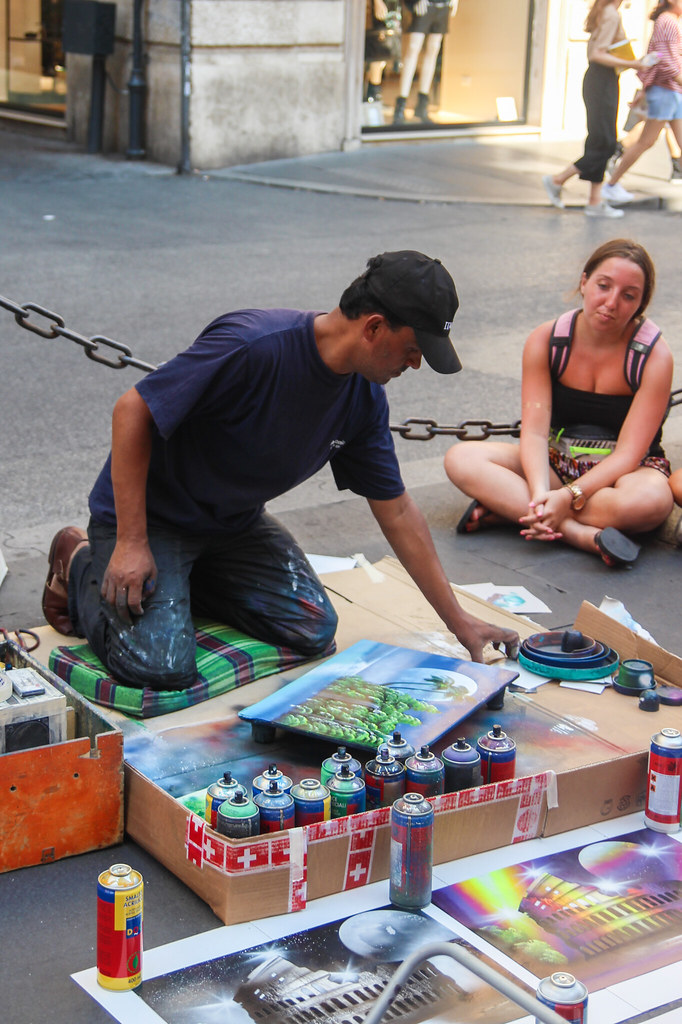 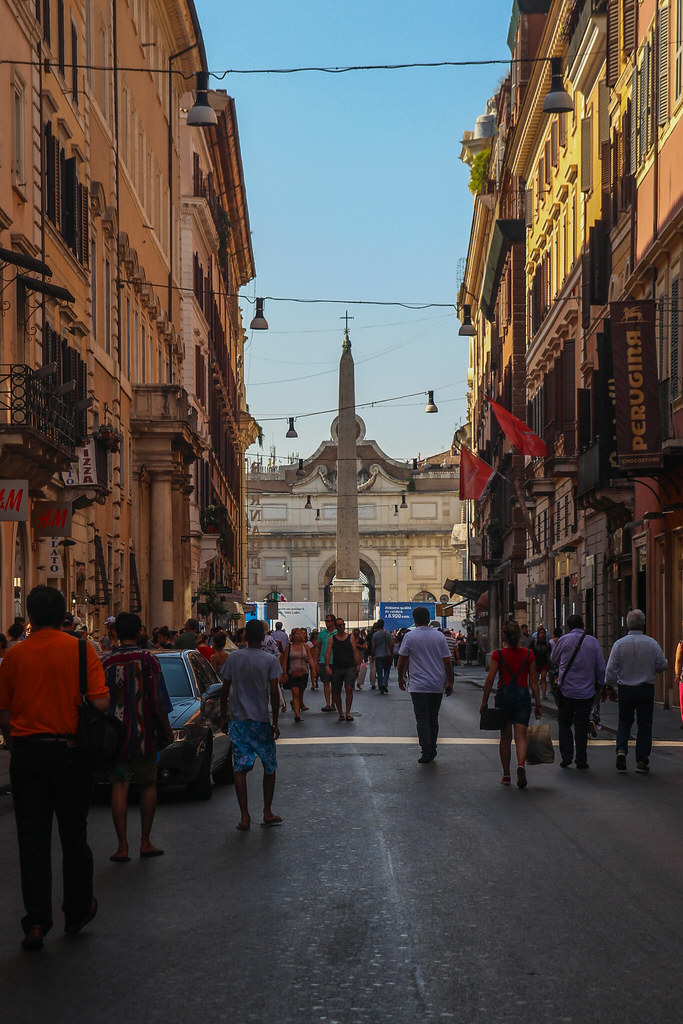 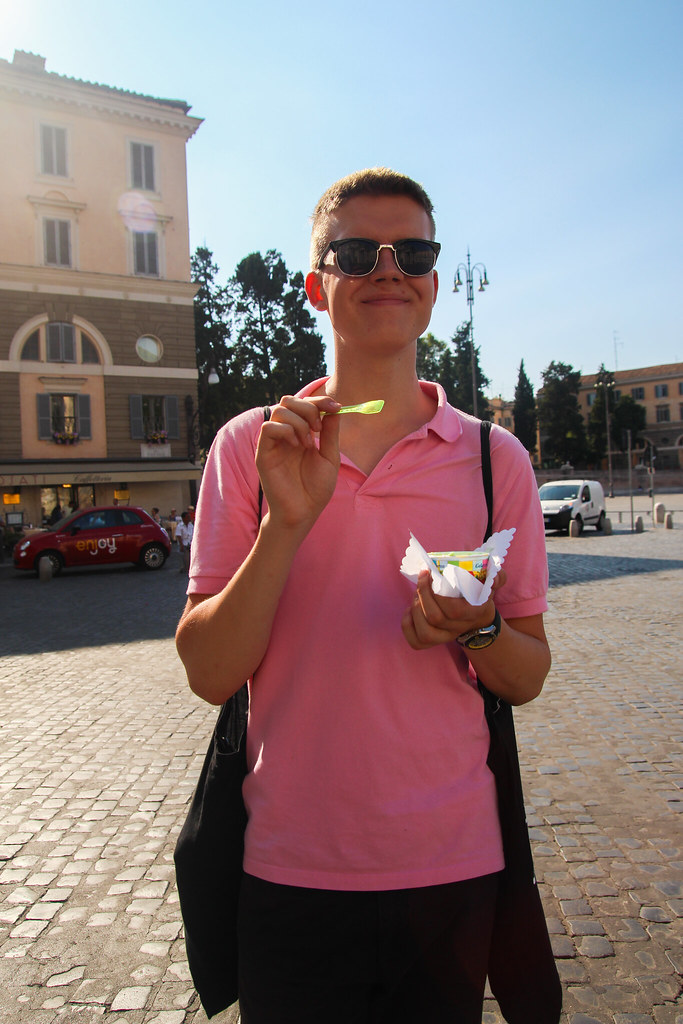 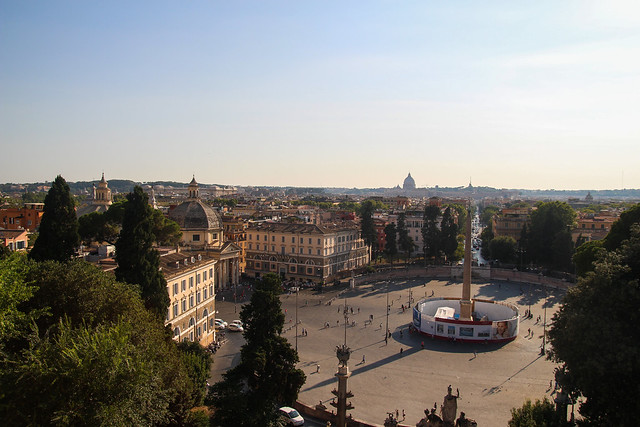 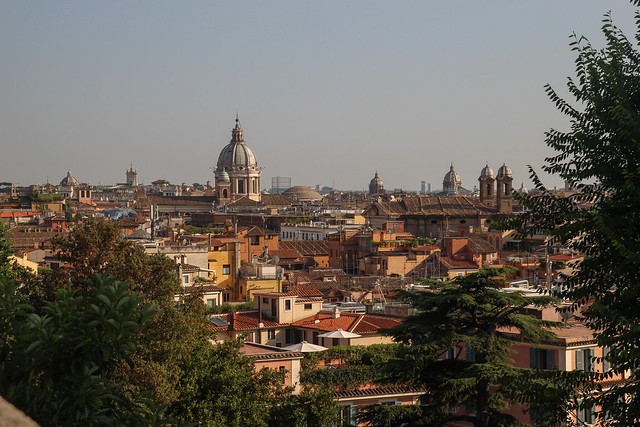 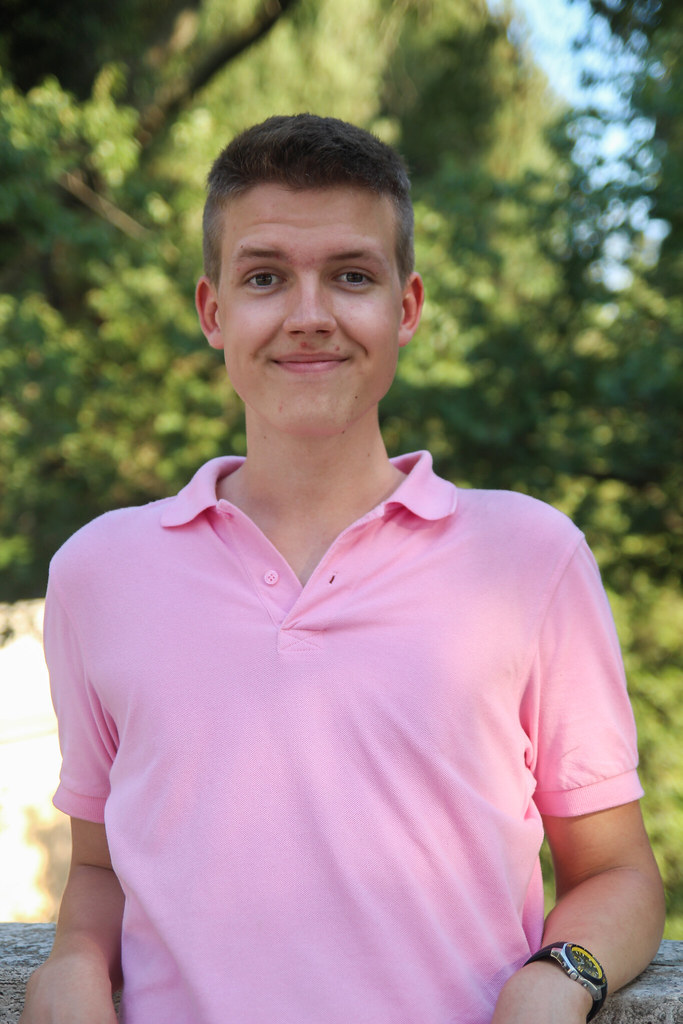 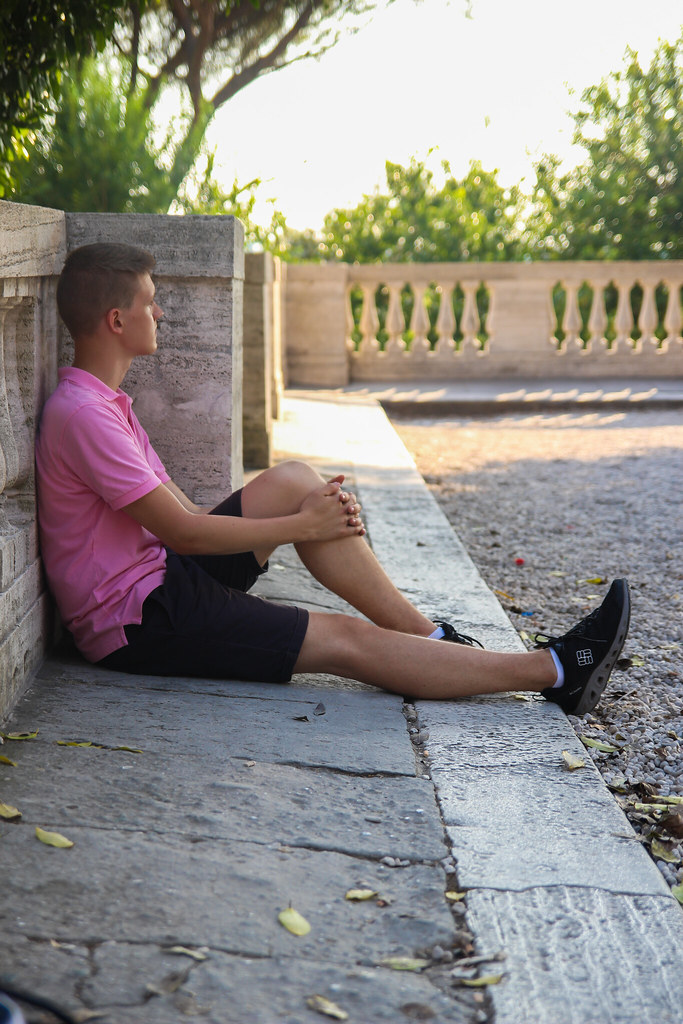 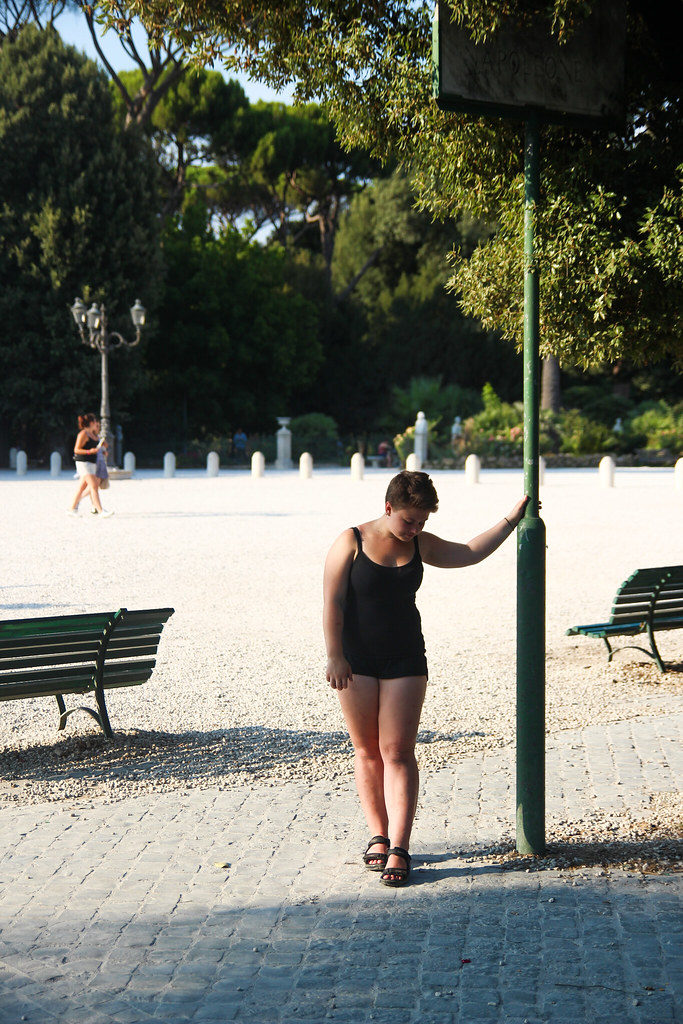 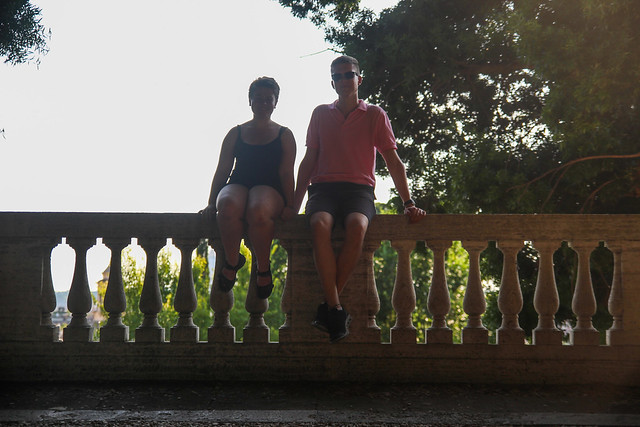 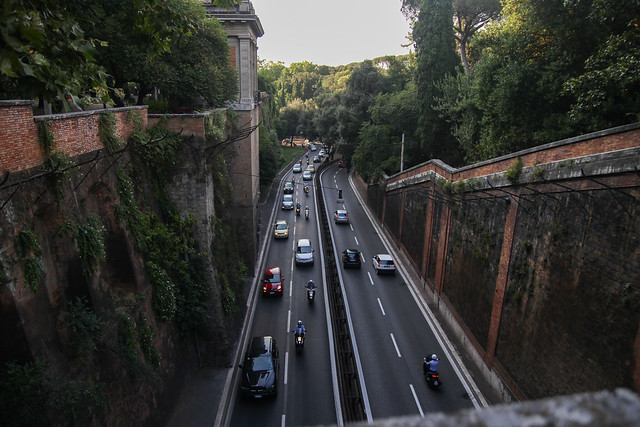 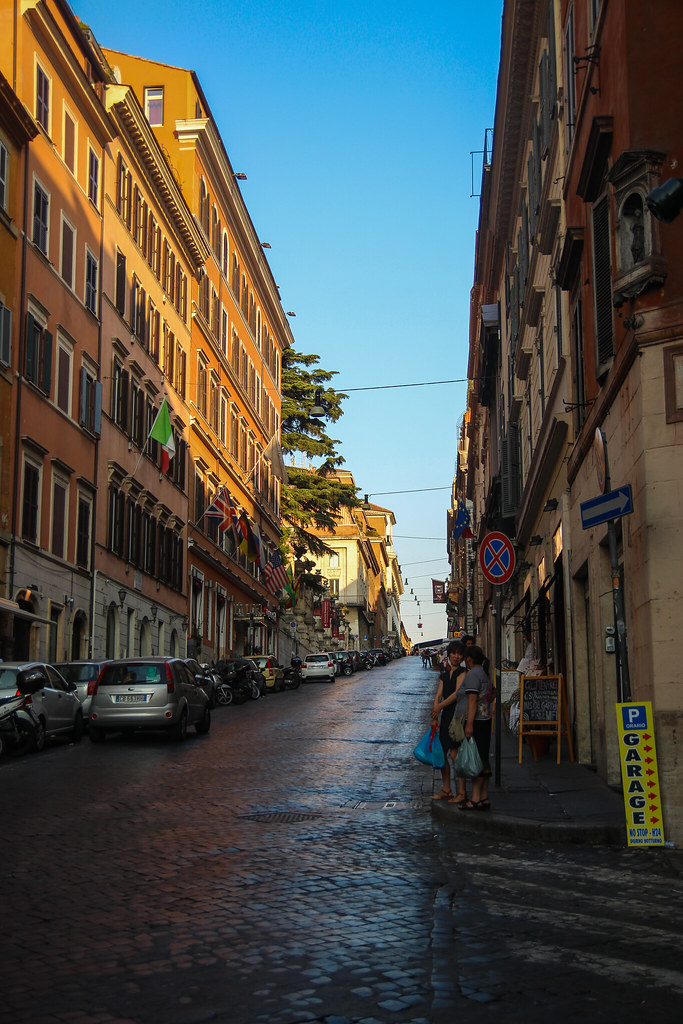 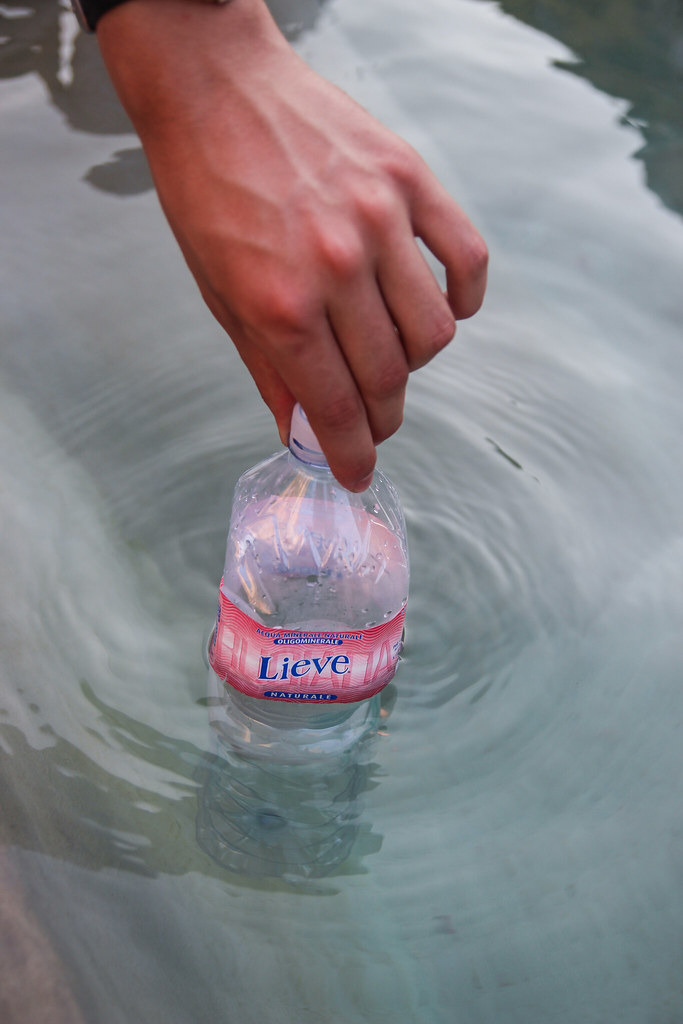 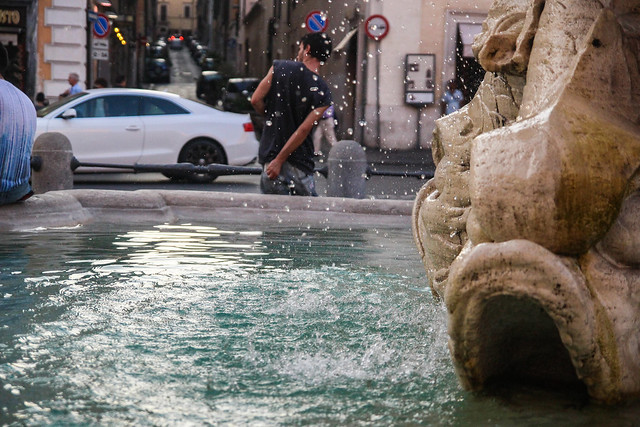 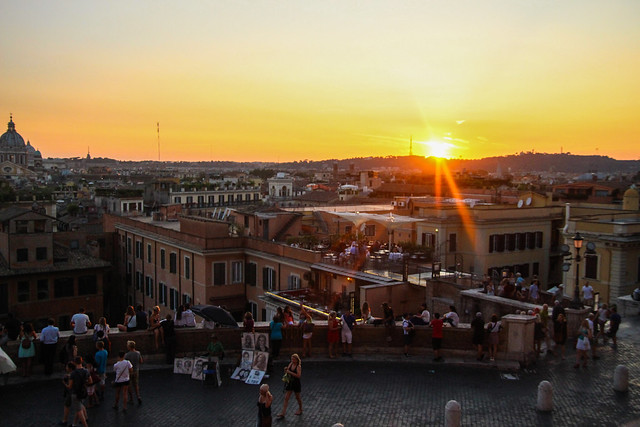 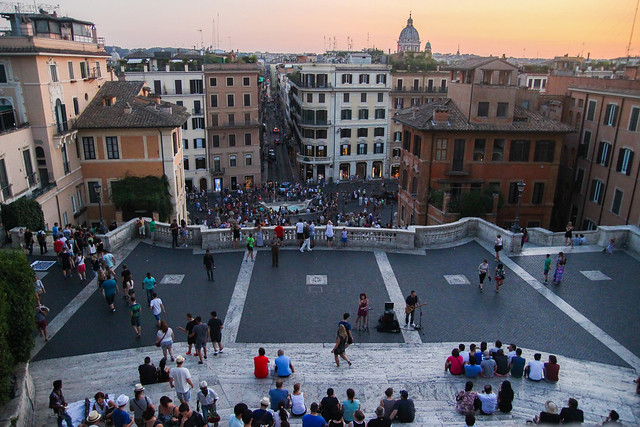 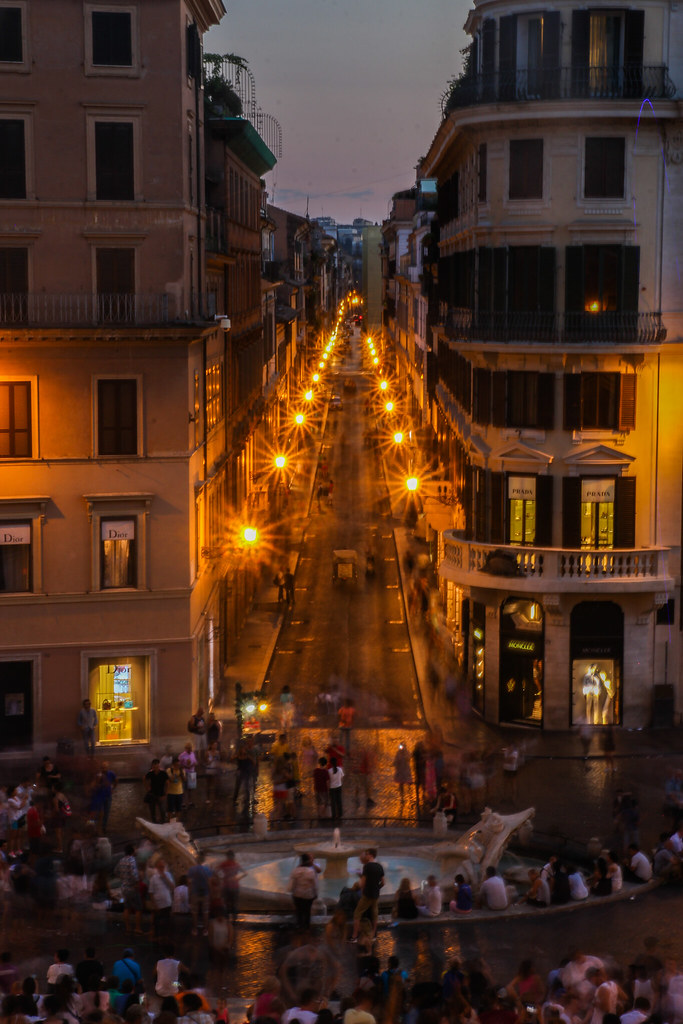 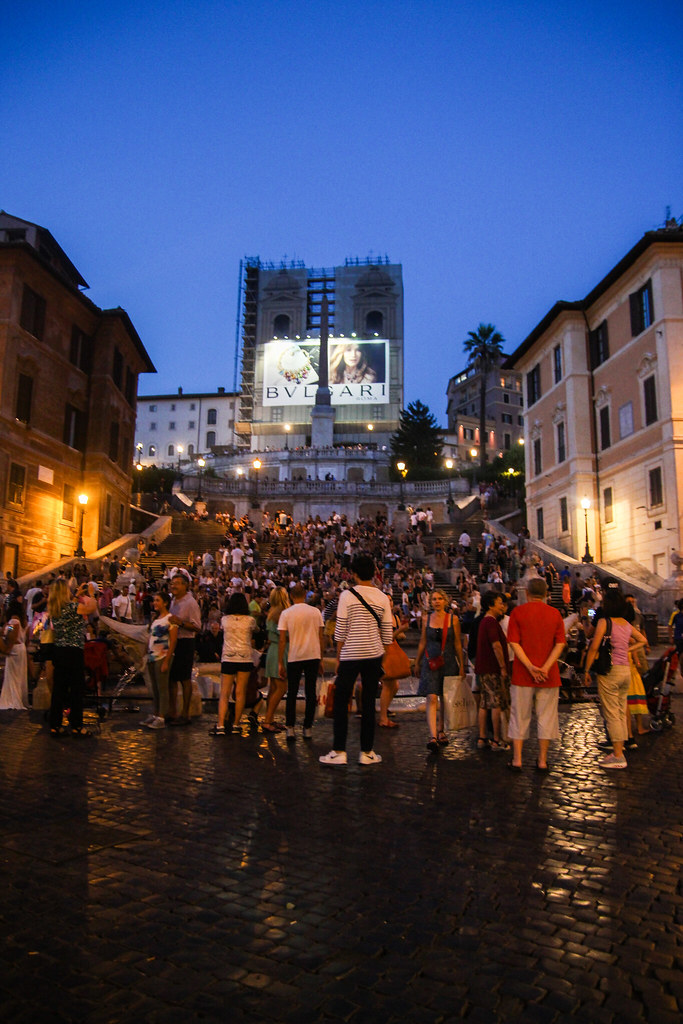 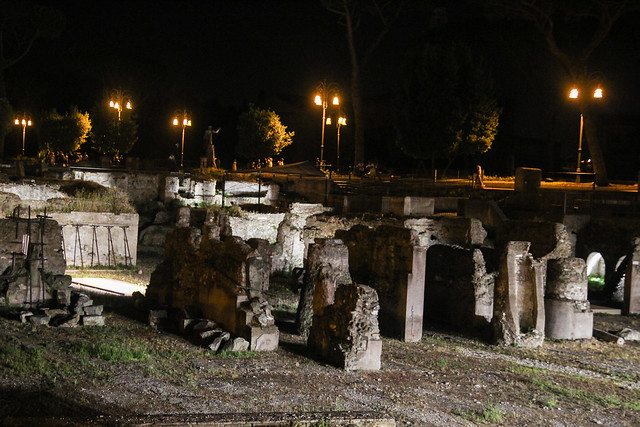 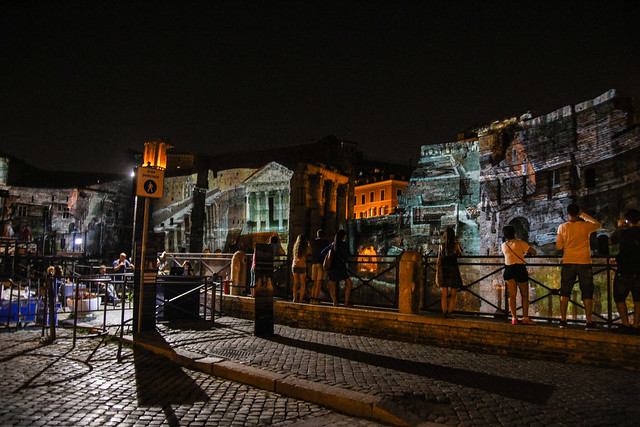 Woah, I’m super tired so this is gonna be a short post. Last night was awesome, we found a park pretty near the hostel in an awesome quarter with totally normal inhabitants, and we drank wine and talked until 2-3 am haha. Perfect summer night!

Today we’ve met my friend Pina, an OBESSU board member who works and lives in Rome. We had a coffee and a really nice chat. Then we walked to Fontana Di Trevi, which was all covered in plastic because of a renovation (soooooo disappointed, I’ve wanted to see the fountain since I was a child!) so we continued to Piazza del Popolo, where we had some gelato and wrote some cards. We sign most of our cards with “But we’re ok, there’s nothing that a little gelato and cheap wine couldn’t fix. Ciao! Bicca & Emil”. Oh and we’ve actually written about 30 cards haha. We’re sending one to my family from each city, and the cards all have a typical scenic view from the city, plus a text with the city’s name. We’re gonna save them as a memory-mosaic.

We climbed some building in the Piazza del Popolo, and took some amazing pics! Then we continued to a beautiful, but dry, park. I was looking for a fountain to fill my water bottle from. Tip! Do drink the water from the random drinking fountains around the city, it’s clean, fresh and COLD!

We had this great discussion about what to prioritise when we walked around the park. What if the other one would want to go home in the middle of the trip? I was worried that he’d get homesick or something, and he thought that I’d might want to go home if something happened to my family. And my first reaction was that Of Course! If someone in my family got hurt I’d cancel any trip and travel home from anywhere, without thinking about it for a second. To me, that’s not something you argue about. If something happens, I’d be on the next flight, no hesitation. But it was a good discussion, cuz you realise who those important people really are when you put them in the situation that something has happened and you’re far away, and you ask yourself if you’d throw everything away and go see them immediately? And again, if something happened to you, who would do that for you?

We found a nice fountain to cool our feet in, and a nearby drinking fountain to fill my bottle in. Oh, and Emil bought himself a panini. By now, we had evolved to talk about what love feels like and what it is. How much can you love in one lifetime? And what comes after love? How do you know you actually love, when no one ever described the feeling to you?

As always (our biggest mistake, don’t do this) we left the eating too late. After the fountain we walked to the Spanish stairs and went into a church where Emil enjoyed the silence and all that, and I just worried about the nun to turn around and throw me out because my shorts were too short.

But the stairs were nice. There was two street musicians (professional ones) singing evergreens and they had gathered a big amount of people sitting on the stairs as an audience. Of course, as everywhere else, the men that make you take their roses and then make you pay for them and the people who sell water and beer to tourists loved this place. I always tell the rose men that not all women want roses, totally looking them in the eyes and being all cold, and they usually get confused and walk away. But this one beer-seller came up to me and looked really angry and tried to scare me into buying a beer, and I kept shaking my head and saying no until he went away. And Emil went; “Bicca you looked at him like he was so much lower in range than you” haha, I might be good at this.

The Spanish Stairs are in a very fancy quarter with a lot of expensive shops. The clock showed a bit past 9 pm and we really needed food (especially me, hadn’t eaten anything but a tiny breakfast and an ice cream) but of course, that’s when we have to count money and try to find the cheapest place possible. So when we FINALLY (had walked back to Fontana di Trevi) found a great place to eat, I bought myself a glass of wine and ravioli.