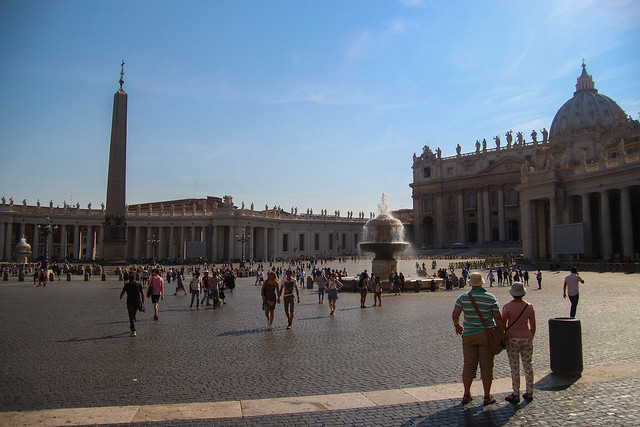 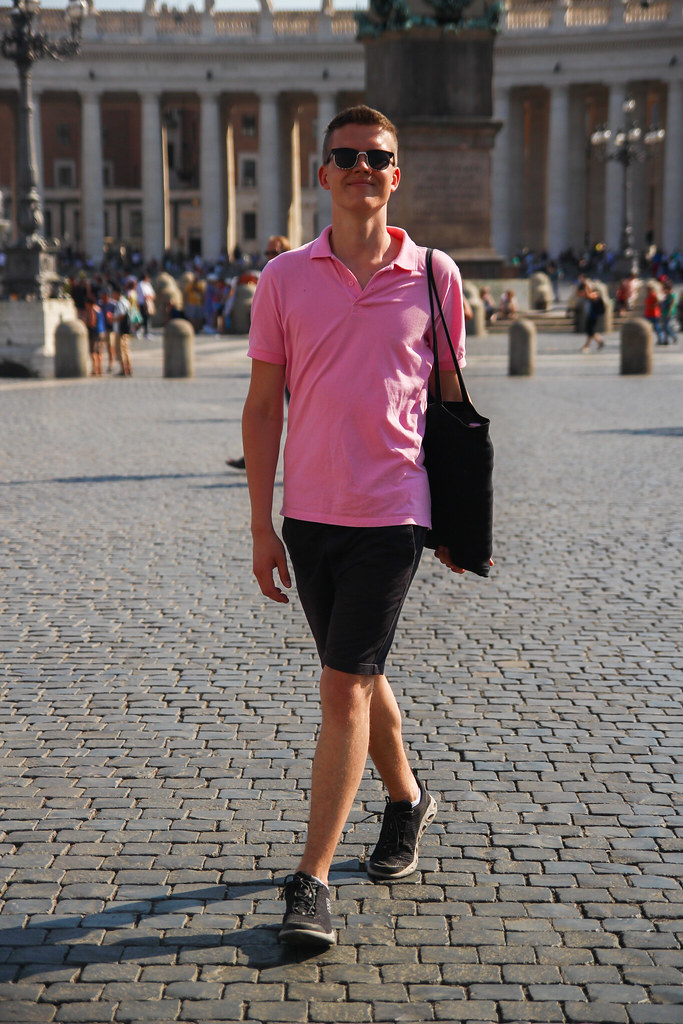 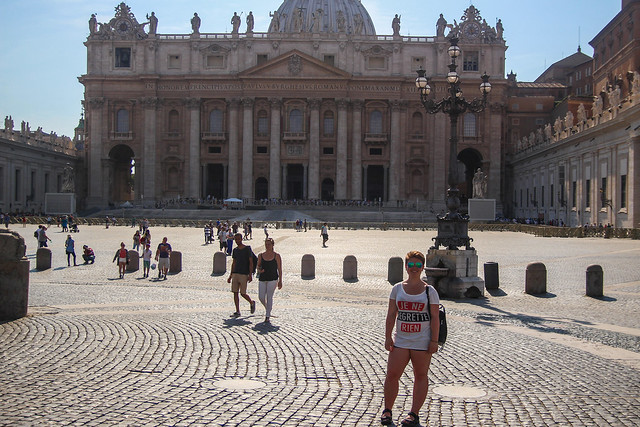 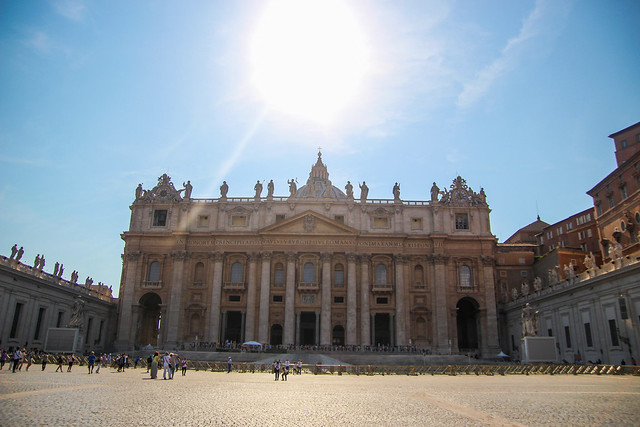 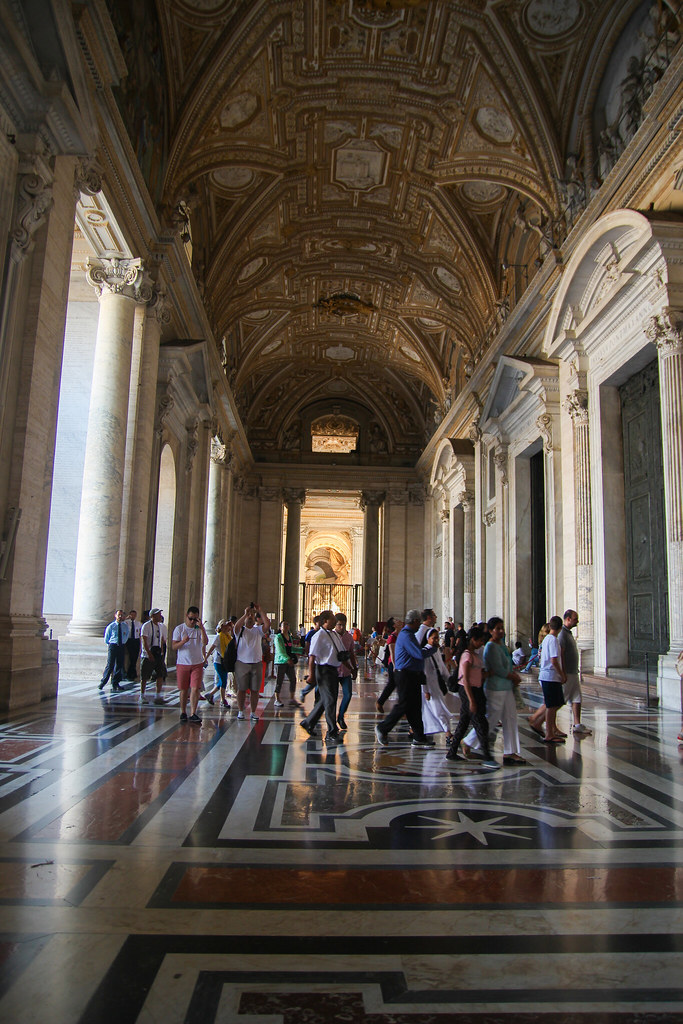 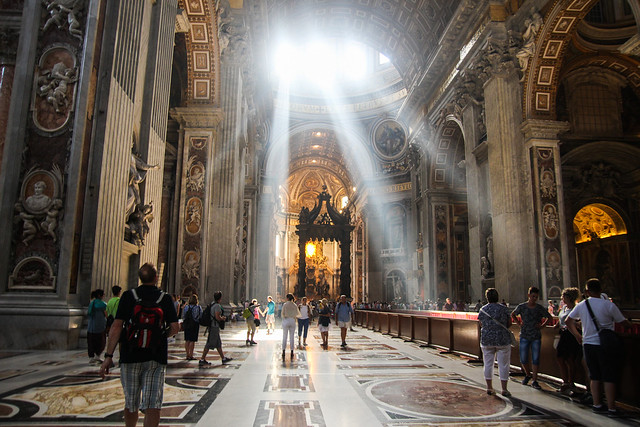 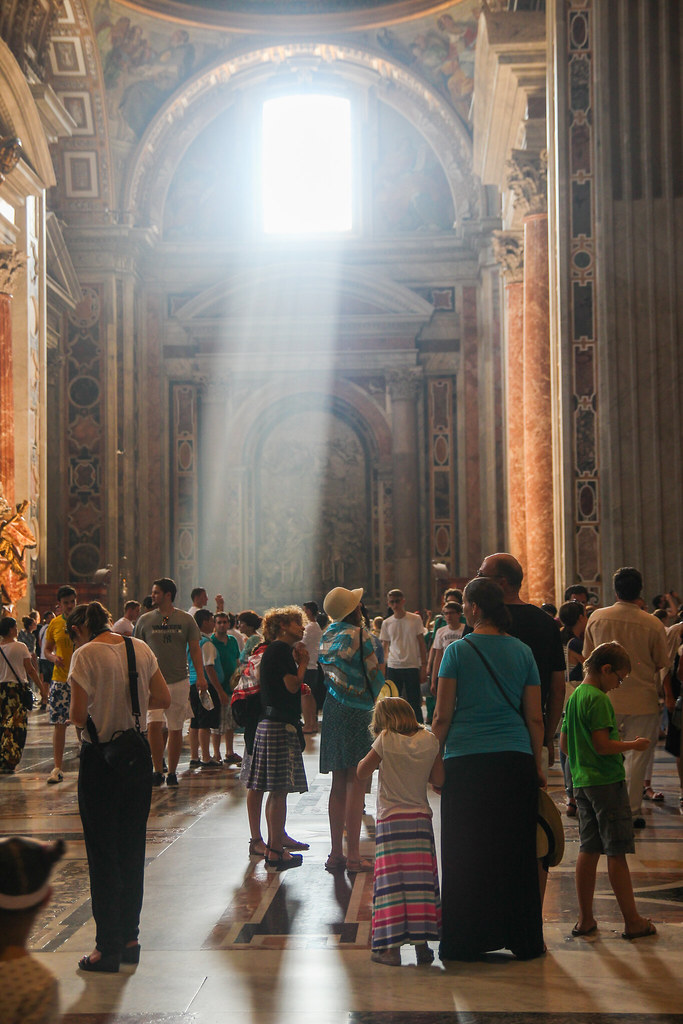 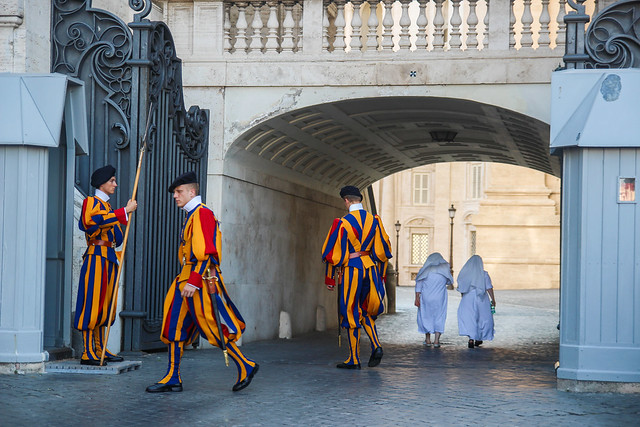 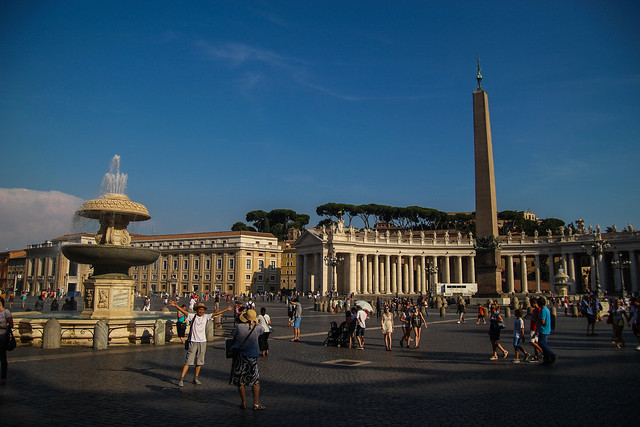 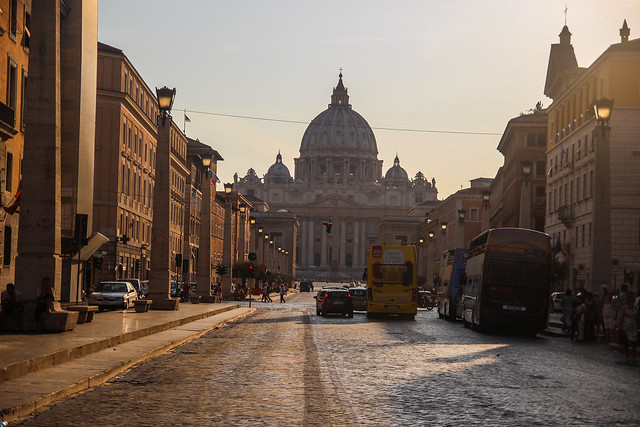 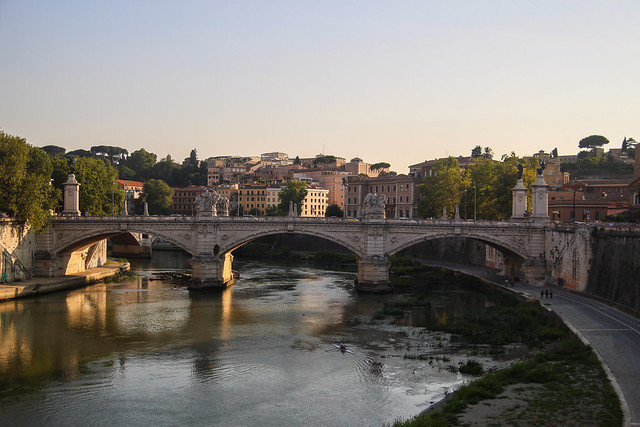 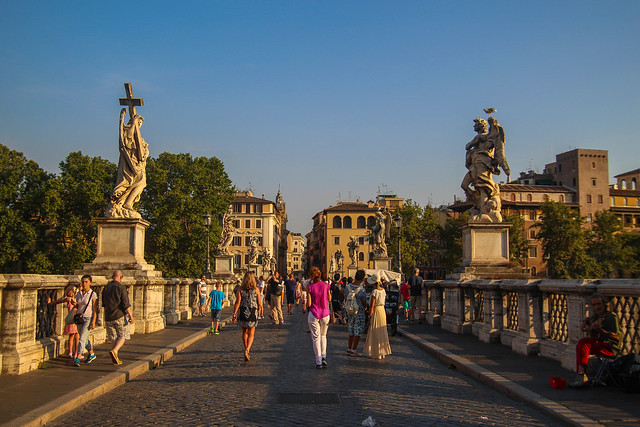 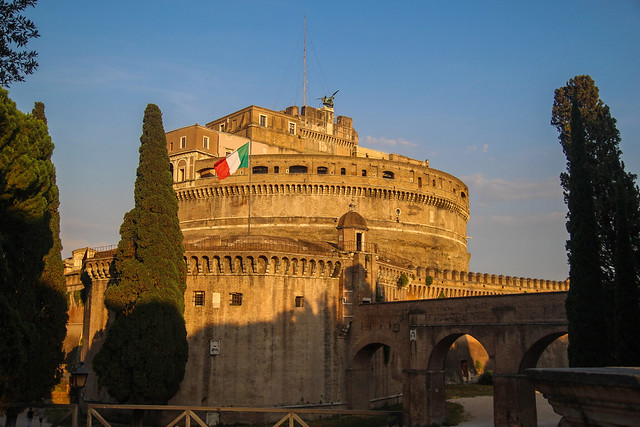 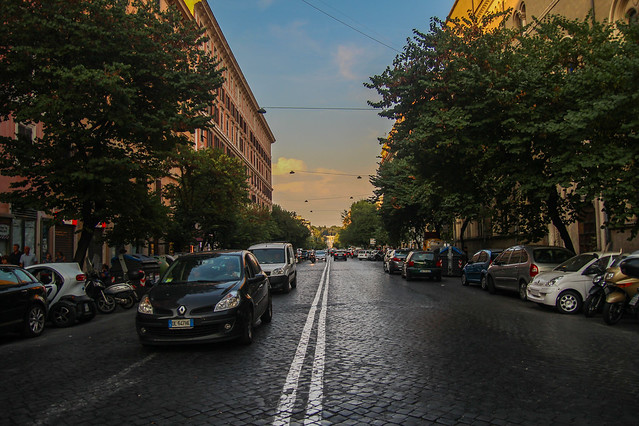 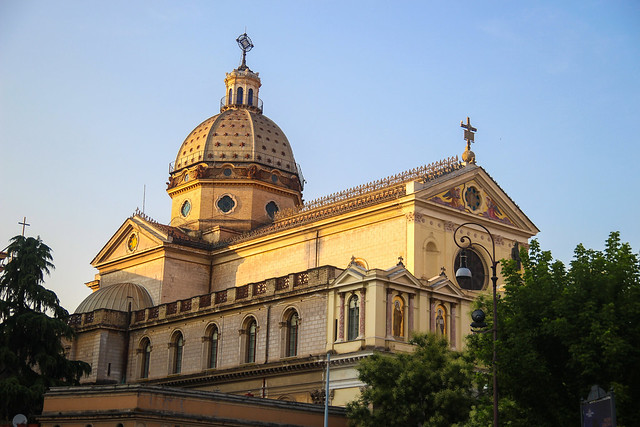 Yep, we visited the pope in his very own state today. You couldn’t bring knives in the St. Pietro Basilica, so I had to hide my Dad’s Swiss Army Knife outside. The knife is from when he was studying in Switzerland and has his name carved into it, and it’s so full of his memories. I got it for my 14th birthday and it’s become really important to me, now carrying my memories too. And when we got out of the Basilica, it was gone. So not worth it.

Then I sat down and counted my mosquito bite marks, and came up to the number 127 on visible places like arms and legs. I also put some Hydrocortison on exactly every mark. But then we wrote some cards and dreamt of some pomodori, tomatoes. We walked around the Castel S. Angelo, listened to street musicians and argued about life (No, Emil and I don’t talk about life, we argue). The metros were all full, no stuffed, with people, like transporting fish overseas. I had a problem reaching the upper pole to hold, so I just held on to my bag and stood still. There was so much people there that you couldn’t fall, because there wasn’t any space.

At least we had bought some ragú, so we made ourselves Pasta Bolognese, and meat tasted amazing! Now we’ve cleaned up a bit in our room (still looks like bomb has fallen but at least we know where things are) and now we’re gonna take our bottle of wine and our salty crackers and find a park on walking distance.