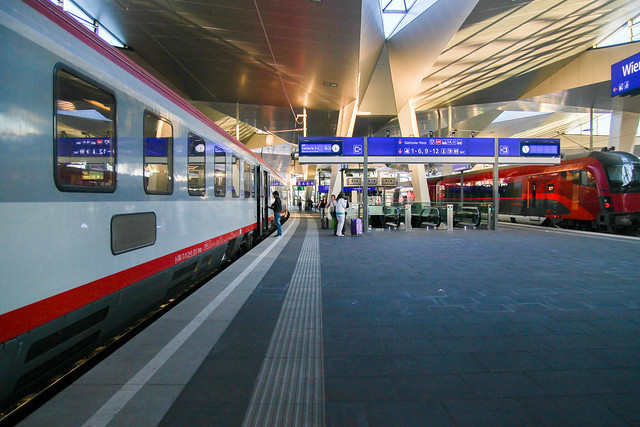 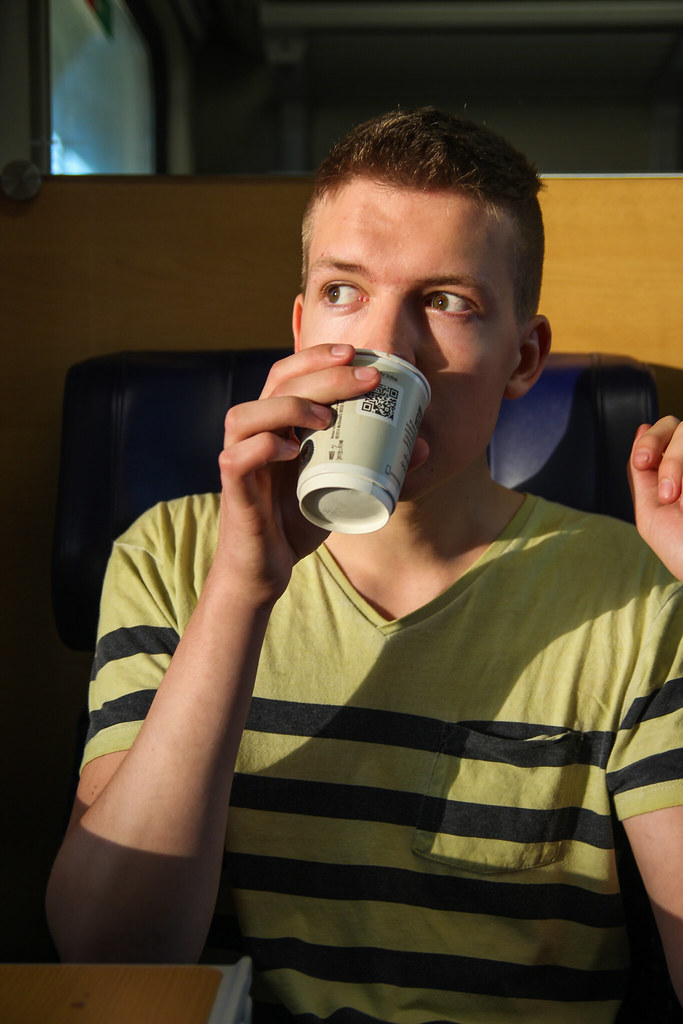 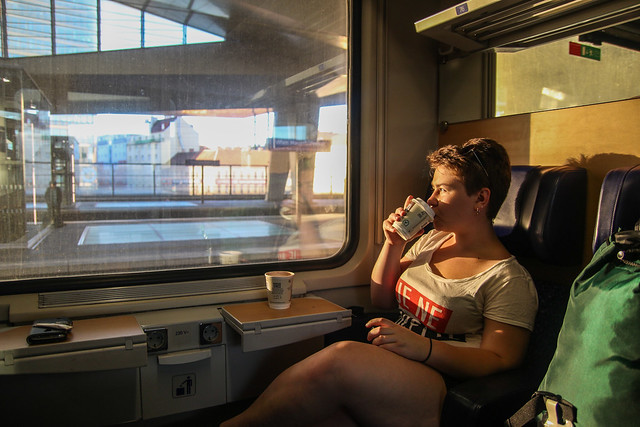 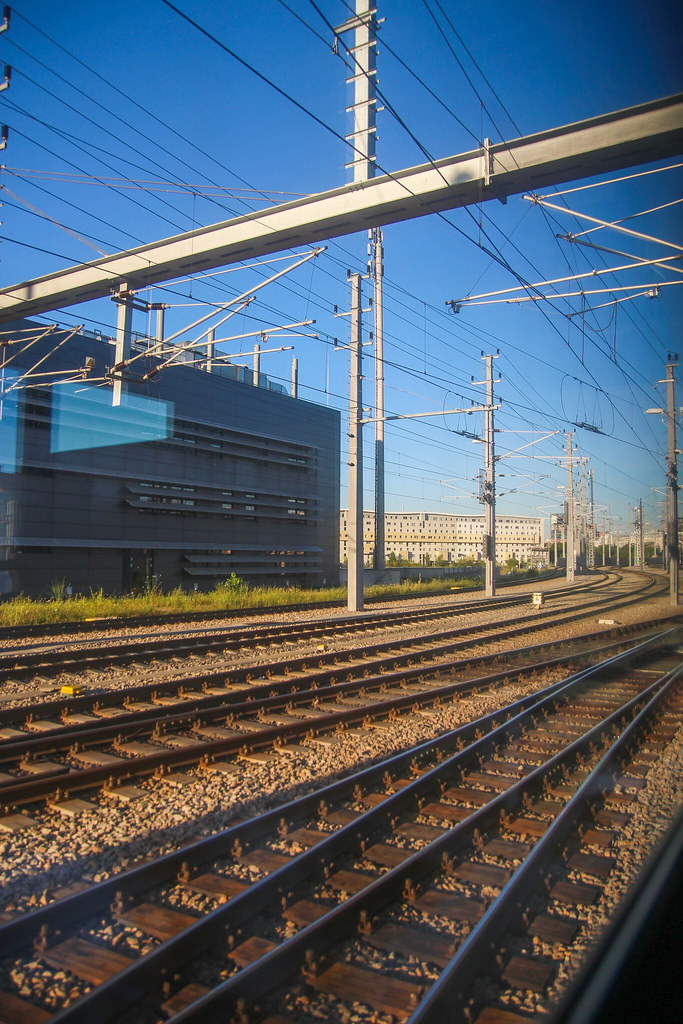 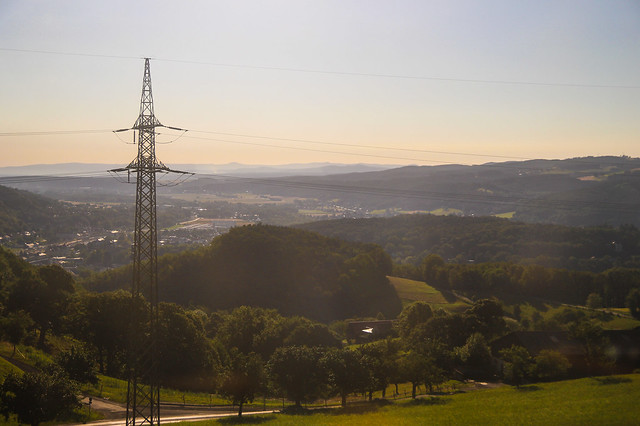 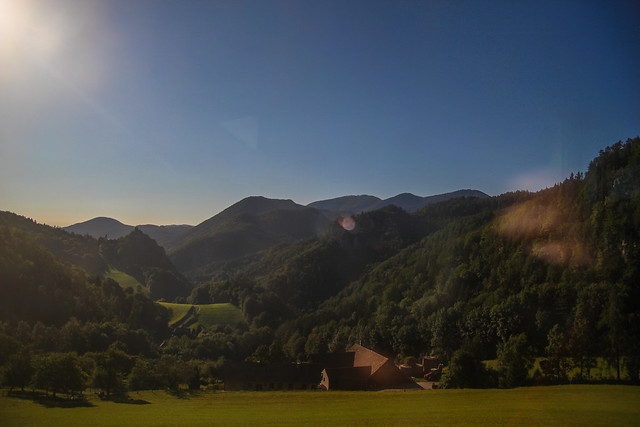 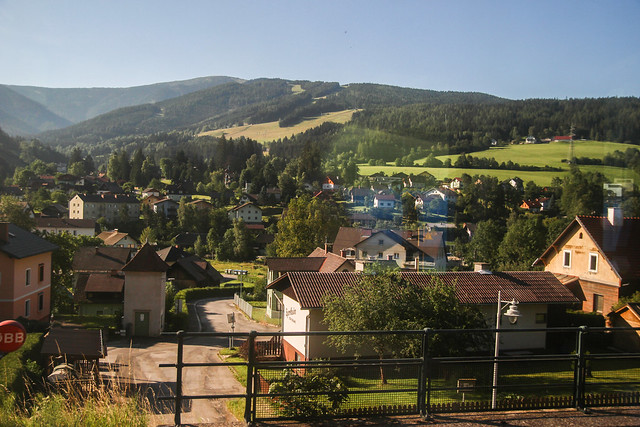 Hi guys! We’re on a train again. We were supposed to spend the evening in Wien and take the night train to Venice, but the train was full. There was a compulsory reservation, and we tried to reserve it for 3 days, but the webpage didn’t work. When we go to the train station, the train was already fully booked, and so was the one for the next night. We ended up reserving seats in the one for this morning, which we’re in right now, and found ourselves at the Wien Hauptbahnhof with no place to go. I messaged a friend (thank you for being so awesome and trying to help out!) but she wasn’t home and neither was any of her other friends. Then we found this random hostel that sounded totally nice but a little expensive. Their webpage said that they were fully booked, but I called them and they had two beds. Hihi, yay! They even gave us a discount since we were leaving before breakfast ended. So Hostel Hytteldorf is really the place to go in Vienna, just by the U-bahn and with all the right facilities!
But before actually going to the hostel, we wanted to have some fun. I found a map, a Gay Guide, a What-to-do-in-Vienna for families and some other broushures, and we sat down in another park to plan a route. We were seemingly close to the city center, so we walked to the esplanade and took some pictures of a church and a park, while trying our best at using the little German we know. It really isn’t much to talk about, but it was nice to understand at least a few signs, in difference of Prague. We also found a Spar, so we bought everything we could possibly need for the 8 h train to Venice.
Then we looked for, and found, the gay café Savoy. Sadly, this one was a huge disaster, a fancy place with old men in big groups. And not even free Wifi. So we crossed the street to the Naschmarkt, where we found this cute little Italian place with awesome prices. We sat down, had some pizza and enjoyed a well-worth glass of house wine. I also wrote another card, since I kind of promised to send my Mom a card from every city (and besides, it’s going to be and awesome mosaic to put up at the wall!).
Right now I’m looking, okay staring, out the window at the amaaaazing views of the Austrian Alps and mountains. I’ve only seen Alps on pictures and from the airplane before, and I’m totally amazed by the small picturesque villages, with their small train stations, churches and the one school and marketplace in every village. The weird thing is, that in comparison to small Finnish villages, these seem to be full of life at 7.50 on a Saturday morning. But oh so beautiful.
We were super lucky (or we finally did something the way it’s supposed to be done) cuz the seats we booked are window seats in the most beautiful coupé ever! And I mean this is second class, with soft seats that you can kind of turn into beds, there’s a lot of space, mirrors, big windows, shelves, sockets, tables, everything you need. Or then it’s just us being totally happy not to have to sit on a staircase.