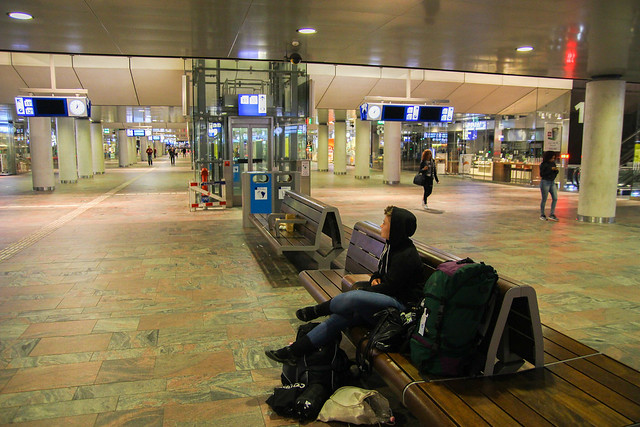 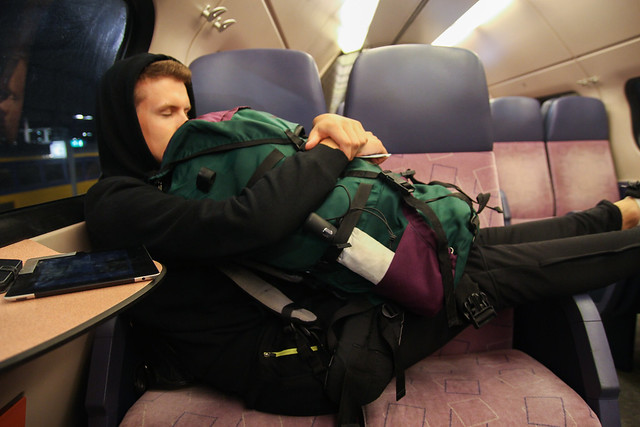 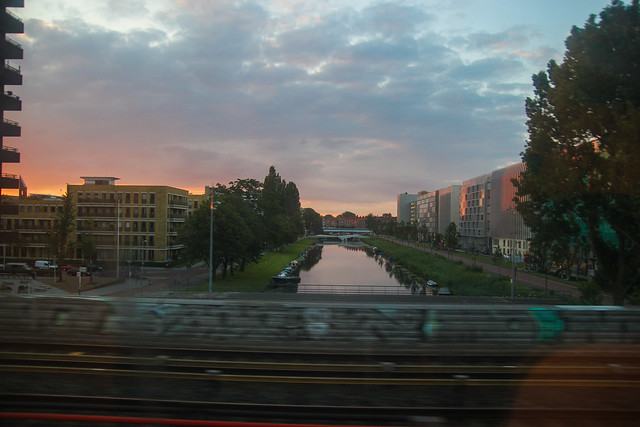 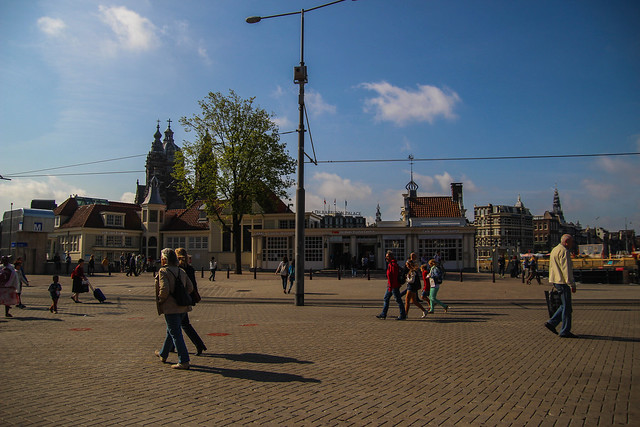 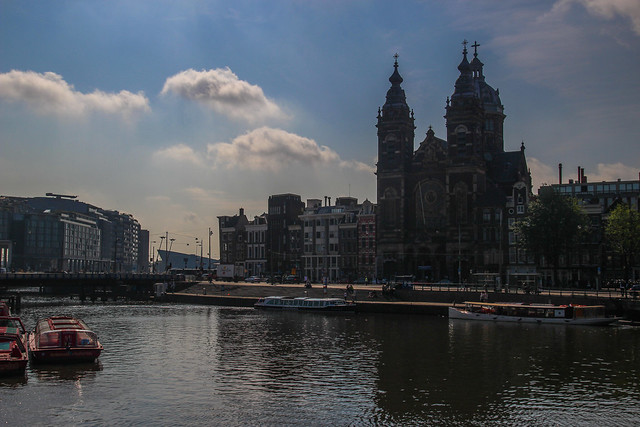 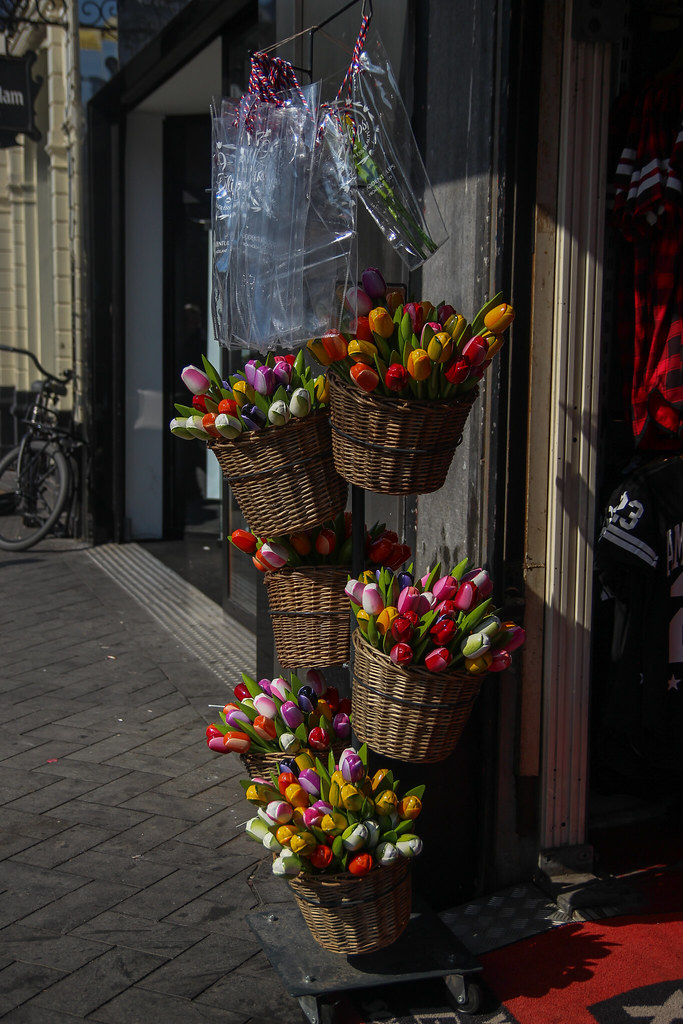 Yesterday when the first train left Paris Nord for St. Quentin, Emil and I told each other that this has been a great but almost boring trip, nothing bad has happened and everything has gone smooth.
Stupid, stupid, stupid us for saying that.
We switched trains in St. Quentin to Douai, where we couldn’t find the other train that would take us to Lille Flandres. We asked by the info in very bad French, and the guy told us there was a bus waiting on the other side of the station. Our interrail-passes were valid as tickets, and we got a ride to this beautiful city (It’s called Lille, go there!) Here theu had great wifi and we found our train to Tournai on the Belgian border. In Tournai, we switched to a train for Brussels, where we later had dinner at Subway. Stupid us for getting off at the main station and not the North station, where I would have known a few places.
The journey continued to our final destination Rotterdam. According to the original plan we would have gone to Amsterdam, but since the Pride-week had just started, we couldn’t afford the hostels. We had found this really cheap and central hostel in Rotterdam, where we had booked a three night stay. The hostel was easy to find, it looked nice, clean and comfortable and there were a lot of people hanging out in the lobby and kitchen area. The guys at the counter were nice and helpful. They asked us for our passports (we’ve showed them in 75 % of the places) and they froze. They looked at each other, at us, the passports again.
– You’re both 16 right? The guy asked us.
– Yes, we are.
Turns out, according to most European countries’ law, accommodating minors without a person over 18 in the group means that you are totally responsible for these, a risk that hostels can’t take.
Huh. Nice to know after traveling around alone for three weeks.
Even nicer to know that it’s a quarter past midnight, the city smells like marijuana and you have no place to stay. What’s weirder is that you just got thrown out on the street because you’re too young. Okay, so putting a safe roof over two minors’ (that wouldn’t mind sleeping on the floor) heads for the night if illegal, but leaving them on their own in a strange city where they don’t speak the language and know no one is totally fine.
I’m so happy, glad and blessed that this happened to Emil and me and not anyone else. It makes me mad, frustrated and worried that age is this big of a deal in Europe 2015. I understand the hostel and the poor guys in the reception and I accept their decision but what I cannot accept is that this kind of behaviour is the way to go. If it would have happened to any of my friends or family, I would most personally have called every single person that would have had anything to do with it and yelled at them for quite a while. Paying, responsible tourists, with approval of our legal guardians are prohibited by law of checking in to a hostel, even for one night of safe sleep?
I wrote a mad e-mail to the agency that I use to book all my hostels. I’ve written complaints to them before about not having the option to put “under 18” as your age when filling in the reviews on hostels you’ve stayed at. Anyway, their support service got a very upset and cold, bitchy e-mail with a negative attitude and where I definitely stated just how much of an important customer I am to them and how I do not appreciate to be treated this way by anyone, especially not when the reason I my age.
Do use Hostelworld.com! I got an e-mail back a day later with a sincere apology, a guarantee that my non-refundable deposit will be refunded and they promised to contact the hostel and change their description to warn minors of booking a hostel they’re not allowed to stay at. I expect nothing less than an equal, respectful treatment as a customer, but it gives me a warm feeling inside when someone sits down and writes a nice e-mail like that.
Emil and I walked back to the train station. There was one hotel in the city where they wouldn’t have checked our age, but it was way out of budget. We spent time at the station. Went to the toilet. Had some snacks. Had a milkshake. Updated Instagram. Read news. Read train timetables. Looked at the map. Went to the toilet again. Took unnecessary pictures. Read more timetables and looked at more maps. 2 am-ish, we got on a train to Utrecht. We hadn’t filled in the date on our interrail pass, and we hoped no one would check. They checked, and ignored the date. We got to Utrecht waaay too late and run the 13 tracks to the train to Eindshoven. Emil slept some on the train, I didn’t. In Eindshoven we got off the train, just to realise that we’d have to take the same physical train an hour later to get to Amsterdam in the morning (or plan was to go back and forth around the country all night to get some sleep before entering Amsterdam the next morning). A driver came in and told us that he was going to lock the train coach but that we could stay and sleep for an hour. We did. And then we arrived at 6.22 in Amsterdam, with a rising sun on our right.