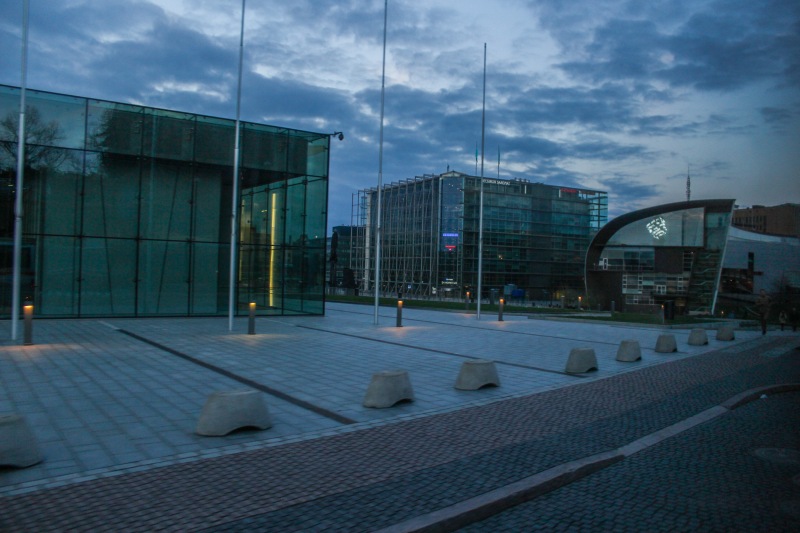 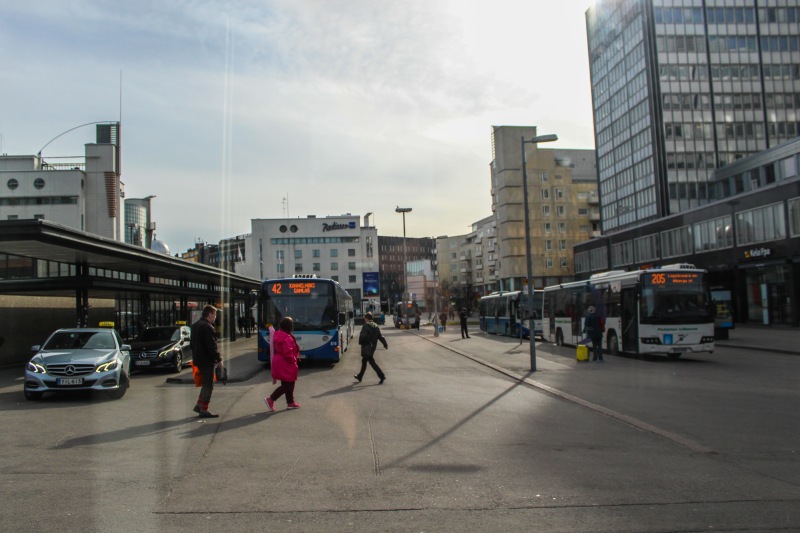 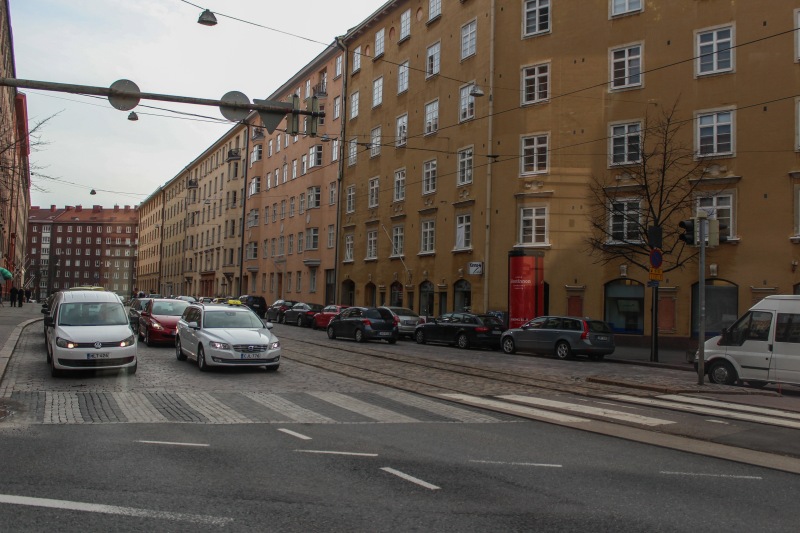 Woke up too late. Ran to the bus. Caught the 7.45-one. Answered e-mails and put my make-up on in the bus. 8.45, arrival in Helsinki. Bought a take-away hot chocolate form PicNic. Headed to work. Found out that the photographers were all either sick or away or super busy. Started calling around to fix a photographer before 9.30. Jeanne from my class answered, and we met up 9.47. She took five fast pictures of me pretending to be a begger for the first part of my project for HBL. Took the 9.57 tram to the FSS office. Arrived 10.05 and came in just 5 minutes late for one of the job interviews we’re having. Apologized. Held the interview with our secretariat and president. Did some paperwork. Had lunch with our president Nicholas. Went back to the office for more paperwork and another interview. Took the tram back to the city center and to the HBL editorial. Got straight into a mess of journalists, bosses and others having all kinds of opinions on my project and especially the begger part. Heard “Bicca little, listen to me” and versions of that 120 times from people with different opinions. Got confused.

[SIDE NOTE: HBL is doing a bigger project on roman people right now, and the journalist behind it wasn’t too supportive of the begger-idea. This is a woman I admire and respect a lot. Another one of the bosses also didn’t like the idea, and wanted me to take down everything I’ve posted on social media so far, plus not publish this part. Then my supervisor came in and was superhappy with my work so far. And a lot of others came and told me their opinions. All with the same tone in their voice, trying to convince me with the “let the adults decide” way that I’ve always hated so much.

And I said NOTHING. I, who always say something. But truth to be told, this project is not something I’m burning for. I have no time to involve myself as deeply as I would like to with this project, and right now I’m striving to get an okay grade. That’s NOT how I work. I like to be engaged, and I’m not. So to me it doesn’t matter if it gets published or not, if people like it or not, if people have opinions or not. And it’s so sad. This is not the Bicca that usually does things. Sigh]

Day continues. Stayed at the editorial and fixed things for my next role. Called around and asked for stuff. Took the tram back to FSS office. Had a long and tough meeting about international errands. Talked a lot. Asked a lot. Promised to fix a lot. Stayed after the meeting and went through e-mail, fixed some documents.

Translated a few documents for the National music event of Sounds 2015. Cleaned up the meetingroom in the office. Cleaned up the kitchen. Got on a tram and answered another e-mail. Got to Kamppi at 21.10 and refilled both of my buscards (one to get from Porvoo to Helsinki and another to get around int Helsinki) for another 150 € and felt as empty as my wallet when I got on the bus home at 21.18. Now I just answered my last e-mail for today (I hope and wish) and now I wanted to blog a little. But my computer’s battery died (surprise) so I write this blogpost as an e-mail to myself on my phone and publich it at home.
It’s scary that I feel like crying right now. As Jessie J sings in my earphones right now “It’s a thin, thin line, to admit or deny”. I have no fucking idea what I’m doing. My biggest fears are losing this lifestyle and not getting rid of it. I have no idea if this is what I want or if it’s something I fooled myself into wanting, I have no idea if it’s killing me or keeping me alive. And I’m tired as fuck.