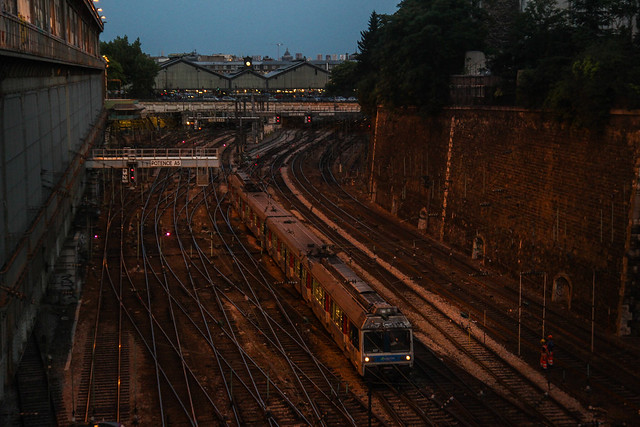 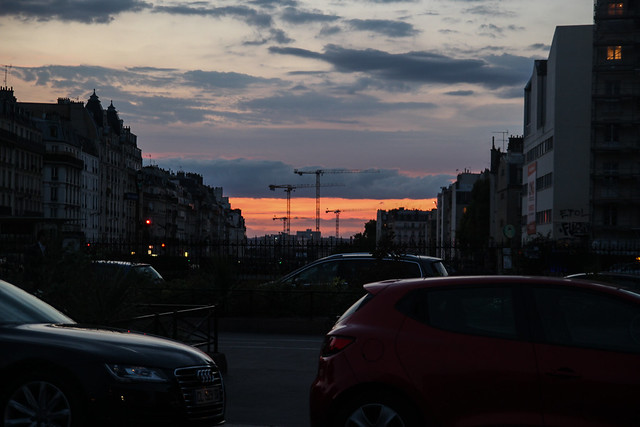 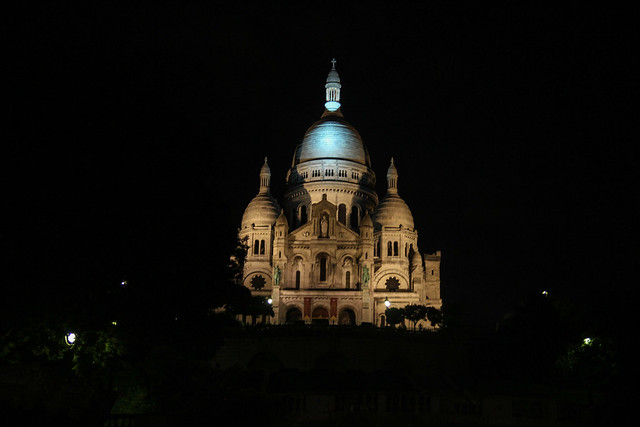 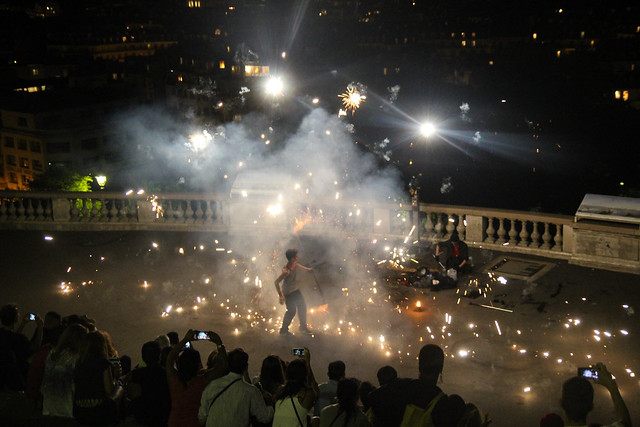 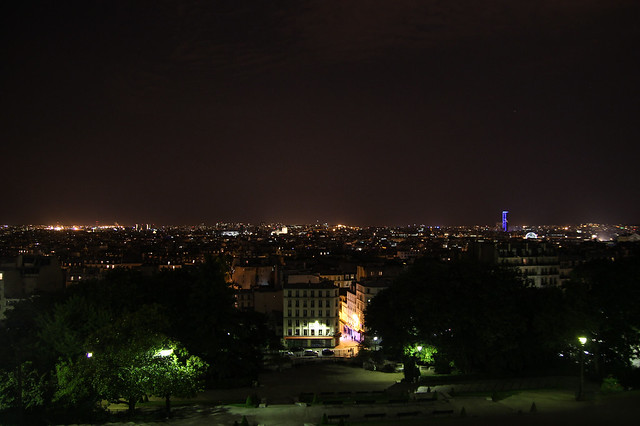 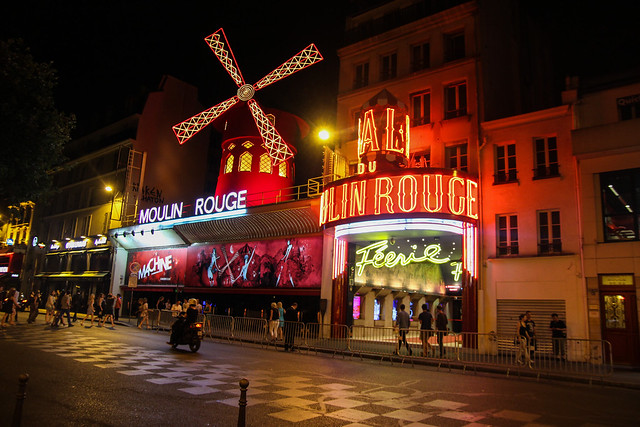 Aaaaah morning. Just woke up in the hotel room after a long night haha. This hotel has the PERFECT location, really close to Moulin Rouge and Sacre Coer! So what did the crazy youngsters do after dinner (at this amazing little place down the street!)? Well, we had really expensive coffee and ice cream, and then we took a walk that would’ve been super romantic if it was with someone else. Seriously, every mistakes us for a couple, sharing wine bottles, him paying, long walks and strolls in the sunset haha. But we just had a glimpse of Sacre Coer and decided to go there, and then we walked up this one road and got lost (my idea) and then we walked up another road and down again (Emil’s idea) and then we found the boulevard with Moulin Rouge and after a while, also the church. We climbed the worst stairs ever with only 0.25 litres of water (stupid tourists) but it was SO worth it! We sat down on a wall by the stairs in front of Sacre Coer with an amazing view of Paris by night in the background and some even more amazing street artists performing with fire for a crowd of probably a few hundred. So worth it!
We had some wine, watched the show, looked at the city and laughed at the people around us. And then we walked home through the Moulin Rouge quarter and counted sex shops. This life, seriously.